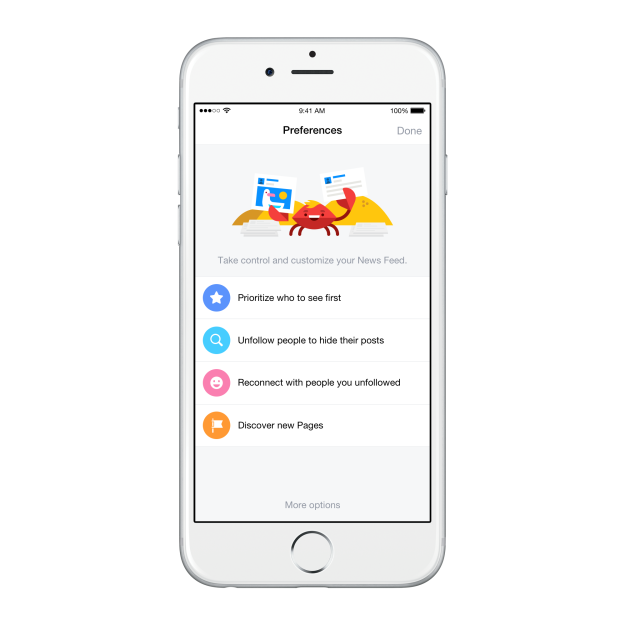 Facebook is giving users the ability to choose what they see in their News Feeds, after years of relying almost entirely on its special algorithm to choose what to show its 1.44 billion users.

Of course, Facebook won’t be doing away with its algorithm anytime soon, but it is giving more power to the users to customize what they see in their feed. Essentially the update is a redesign and expansion of the News Feed Preferences feature available since last November, but it also includes some big changes for how you use the biggest social platform on the planet.

You can now prioritize the friends and Pages you want to see first, and posts from these profiles will appear at the top of your feed with a star to signify its importance in the upper-right corner.

The new feature also includes a feature which shows the Pages and friends which have been popping up most often in people’s News Feeds over the past week, so you can easily unfollow overposters or other people you’d rather not see. This also has a page which shows recently unfollowed users if you decide to reverse your decision. 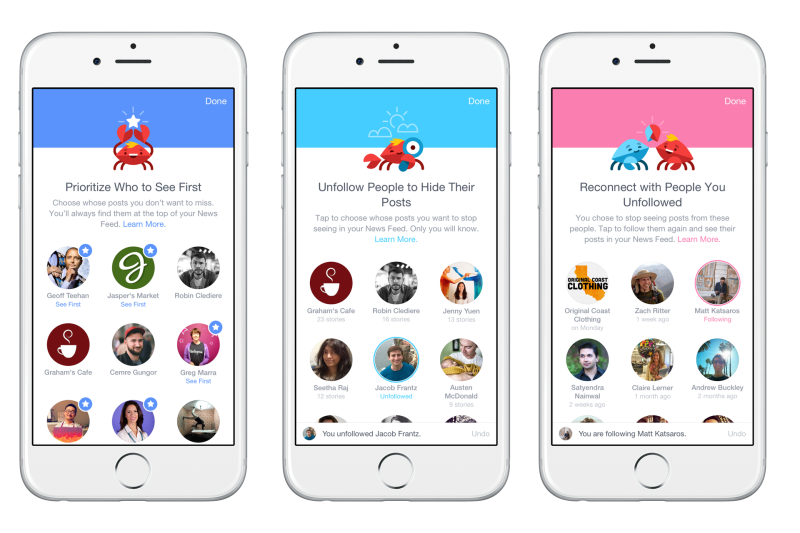 The new features are already available on iOS, and will be available on Android and desktop in the next few weeks.

What Does Facebook's New Meme Policy Mean For Marketers?
0 replies