Design isn’t for everyone. There are plenty of programmers who can attest to that. It is absolutely required for people to believe your site looks credible, but design is intimidating and confusing.

For programmer Anna Powell-Smith, design was scary because the rules are complicated and often contradictory, as well as completely unwritten. It also requires a sense of taste “possessed only by a black-clad elite.”

Being intimidated by design doesn’t change that your site needs to look attractive if you want other people to see it and take it seriously. That is why there are plenty of tools to try to make design doable for those that don’t get design. Of course, having a professional designer work on the site will probably have better outcomes, but these resources will at least help you spruce up what you have.

Powell-Smith collected eight of these resources to make a sight look great with just programming knowledge at 24 Ways. No design instinct required. 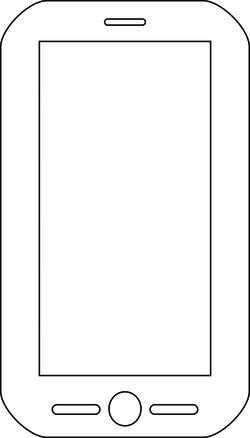 Web design changes so quickly. If you don’t think it has changed that much, think about web design 3 years ago. Not just the styles popular at the time, but the way they were made. The entire system websites used to go through as they were created has shifted greatly from a team assembly line type production to a small efficient unit.

Just three years ago, every website went from person to person, emerging from concept, to wireframe, to Photoshop, until it finally ended up on the web. Each step along the way took work from different people, and they all molded the design in their own ways.

Sophie Sheperd was doing wireframe design back then, and her work largely consisted of adding more visual details to the blueprints of websites, so that the style and textures would become more established. As she puts it, “designers were makeup artists for wireframes.”

Now, Sheperd’s job is more complicated, just like web design has become. Wireframes have been replaced by prototypes because of the number of different devices and screens. Most of the design can be done in browsers now and don’t need to be done in Photoshop, other than a little of preliminary design.

Because of this, Sheperd’s job has expanded to UX designer, graphic designer, illustrator, and front-end developer. The size team she works on has shrunk to about three people.

Web design isn’t going to slow down. It is a quickly changing beast, and it requires a lot of effort to keep up with. In the past, it was entirely possible to be a designer and have no knowledge of code. Now, it is almost impossible. The debate over whether designers should code is over, and they definitely have to. But thats ok, all the new skills also count as new job descriptions.

It is shocking to me how many people write off mobile SEO as being unimportant or overhyped. Just taking a quick look at the rising rates of people searching with mobile devices makes it pretty clear how much of the market is dominated by mobile devices.

Sure, there are still more people using desktops on the internet, but every year we see a greater percentage of that traffic coming from smartphones and tablets. The trend isn’t going away. More people have tablets and phones every day as more affordable options become available.

So, why then is mobile SEO on quite a few lists of things people hope we stop talking about next year? It is because many people in the SEO industry don’t really understand what mobile SEO is, or how it works.

Bryson Meunier also had a problem with how many people seem to be writing off mobile SEO right now, and he compiled a list of the misconceptions and myths as well as explaining how they’re wrong.

I’ve always thought that the ‘Nearby’ feature of Facebook was fairly pointless. Evidently, the folks at Facebook agreed to an extent and have found a way to improve the feature and turn it into a “search and discovery tool”.

In addition to seeing where your friends have checked-in, you’ll be able to see businesses that are close to you, which actually makes the name ‘Nearby’ make much more sense.

If you’re a business owner, this is fantastic news as it creates a new way to bring in customers. ‘Nearby’ draws from the Facebook database, however, so you’ll not only need to have a page for your business, but you’ll also want to make sure it is updated and has an established audience.

This incarnation of ‘Nearby’ will start out solely as a mobile feature and, honestly, probably works better that way. Be sure to read Search Engine Land’s article on the subject to get specific advice from Facebook about how to maximize your page’s visibility through ‘Nearby’.

2012 saw Google make a number of important changes and updates to AdWords. I’ve touched on most of these here, but for a nice summarized rundown you can head the iNeedHits blog.

These changes are all ways to improve your online marketing strategy and increase your audience. Plus, the article keeps it short and sweet so you won’t have to invest too much of your time.

As the year draws to a close, everyone of course looks to what the past year indicates for the one coming up. I’ve already covered one article of year end analysis, and now Search Engine Watch and Mavenlink have made an infographic covering what SEO professionals are saying about the state of SEO in 2012.

What is notable about both of these year-end opinions is that they are both extremely optimistic about the future of SEO. As the internet becomes somehow even more pervasive in our every day life, more and more opportunities for SEO to grow become apparent, and there is no sign of it slowing down.

Budgets are growing, companies are paying more attention, and SEO teams are getting bigger. SEO is finally even beginning to be seen as an entity seperate from regular marketing. Before long, SEO might be really known outside of the marketing community.

You’ve probably already heard about the importance of images on the web. They catch the eye, foster interest, and statistically make people spend more time on any text than they would without pictures.

It’s all true, visual media is consistently present in your life, and the amount of websites and social media platforms centering on visual media are becoming more and more popular. In a society where almost everyone has a smartphone with a respectable quality camera, pictures are only going to become more ubiquitous.

Veer, a service for images, illustrations, and fonts, made an infographic to try to convey the importance of images online today. The graphic covers the history of internet graphics, and the popularity of image-based social media such as Flickr, Pinterest, and Instagram. They also have an animated version of the infographic here.

If you are doing a ton of SEO audits, or just doing audits on sites with lots of big data, you probably have been itching to find any way to make your process more efficient without impacting the quality of your work.

Alan Bleiweiss, writer for Search Engine Journal, had that problem. With Google fighting unnatural links, we all have felt a heightened need to be examining inbound link profiles. These two things combined have caused Bleiweiss to bring together a set of techniques he uses to speed up his audits.

No one wants to spend their entire life doing audits, but theres no need to lower your bar for quality just to save some speed.

Every designer or developer wants to find ways to make their life easier. That’s why we are always on the lookout for new great tools. This is why Cats Who Code writer Jean-Baptiste Jung compiled a list of all of his favorite tools for front-end development.

Almost every tool he lists is free, more than anything they will make your job easier and quicker to accomplish. One of my favorites made the list, as Colllor helps any designer out with color associations and creating beautiful color palettes becomes really easy.

I won’t waste your time walking you through each one, but I advise checking out at least some of the tools. Unless you like your work being difficult, that is.