Everyone knows the old saying “a picture is worth a thousand words.” According to new research from ShopIgniter, pictures may also be worth a thousand clicks, at least in Facebook posts. Search Engine Watch reported that the research showed Facebook posts with pictures received the highest click-throughs in organic and the most engagement on the paid side compared to other update formats such as offers and questions. 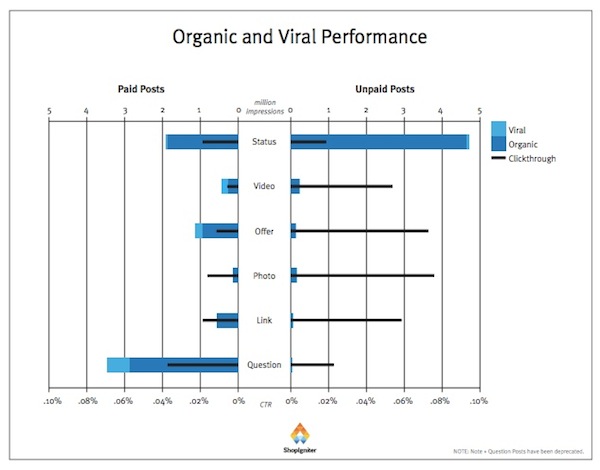 As their graph shows, posts with photos saw higher CTR compared to other types, however questions saw the highest CTR and viral potential when in a sponsored post. ShopIgniter examined over 2,000 Facebook news feed posts for the study, and the data also showed that posts with photos had the highest engagement with an average of 5.8 percent. That is more than 1 percent higher than offers, which were the next most engaging form of organic Facebook post.

Along with the study, ShopIgniter offered some best practice guidelines for Facebook posts, both organic and paid.

Use Tumblr To Reach Younger Audience

How To Get People To Share Your Brand's Videos