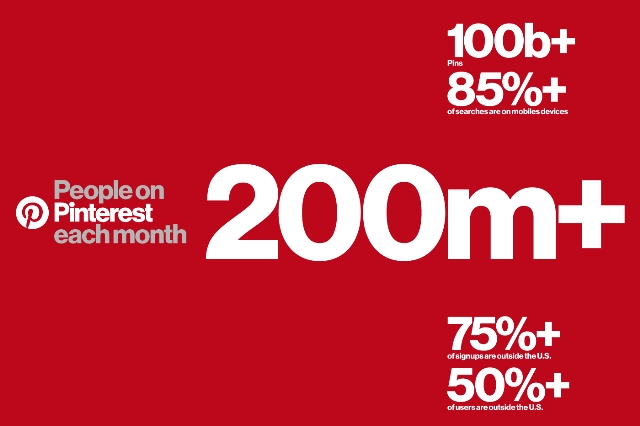 According to a blog post last week, Pinterest officially surpassed 200 million monthly active users, representing more than 40% growth since last year. Notably, more than half of these users live outside the USA which shows how Pinterest is progressing as a global platform.

At the time of the milestone, Pinterest says that over 100 billion pins had been created. It also notes that 85% of all searches on the platform come from mobile devices.

Of course, the company isn’t using the milestone as an opportunity to relax or slow down. The announcement hints at several features planned for the near future.

“You’ve told us what you want to see next, so we’re building them—it’s that simple,” Pinterest says.

For example, pinch-to-zoom functionality has been widely requested and is slated to be released soon. But, that’s just the beginning. Pinterest is also starting to test “boards-within-boards”, allowing users to create subcategories for their Pinterest boards.

Over the next few weeks, Pinterest will be sending invitations to select users to begin testing the feature – as well testing other new ideas.

The platform is keeping mum about any other projects or features they have coming down the pipeline, but the milestone announcement says you can expect to hear more in the near future.

Pinterest Adds A New Way To Bid On Ads 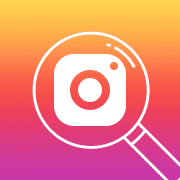 Instagram CEO Explains How To Rank In Search Results