All week we try to keep you up to date with the most important SEM news across the web, but inevitably there are smaller stories that fall through the cracks. That’s why we compile all the most important news we missed this week all in one convenient place every Friday. Despite the distractions of the world cup, there have been some pretty big announcements throughout the week. So, let’s get to it.

With the clock ticking before Shopping Campaigns becomes the default campaign type for running Product Listing Ads at the end of August, Google is trying to help prepare retailers and marketers by issuing best practice guidelines to help everyone make the transition smoothly.

For the most part, the guidelines listed aren’t far off from the original PLA recommendations. Yes, the paper covers product feed optimization and newer updates, but most of it is a refresher for those who have been working with retailers for a while now, including classic rules like “use relevant titles and high quality images.”

However, marketers and retailers may be interested in the new recommendations about how to structure new shopping campaigns, especially as we enter the transition period.
You can download the whitepaper of the guidelines from Google here. 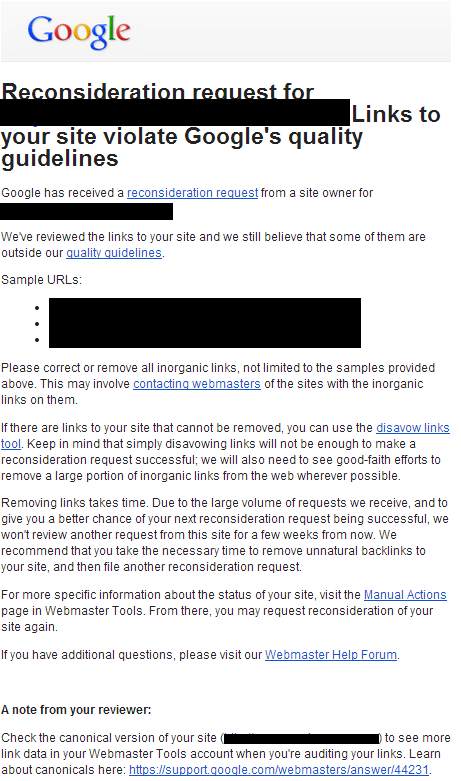 Last week, Matt Cutts made headlines throughout the SEO community by announcing that Google will be revising their reconsideration requests rejection notices with more detailed information in some cases. Of course, there were plenty of skeptics, but an example of the rejection notices has been shared on Twitter by @johnwarddoyle.

Surprisingly, it seems Google made good on their promise.

Don’t get too excited. The individualized response is short and easily missed, but rejection notices at least offer some useful information for repairing a site now. Largely the note is the same as before, but down at the bottom you will see a new section titled “A note from your reviewer.” Here, you will find specific advice relevant to your site that could be potentially highly useful.

After having a $3 billion offer refused by Snapchat – the popular self-destructing photo messenger app – Facebook is trying to fight back. This week Facebook announced Slingshot, an app obviously influenced by Snapchat’s concept, but with a new twist.

Slingshot does allow users to send photos or short video messages that will delete automatically after a short period of time, but there is more to it:

To get started on Slingshot, shoot a photo or video… add some text and color, then sling it to a bunch of friends. Here’s the deal: friends won’t be able to see your shot until they sling something back to you. They can then reply with a reaction – or simply swipe your shot away.

The concept encourages reciprocal communication more and could potentially catch on, but it could just as easily fall apart in the shadow of it’s better-established rival. With the faltering youth activity on Facebook, it is hard to know how much traction this type of app can get. 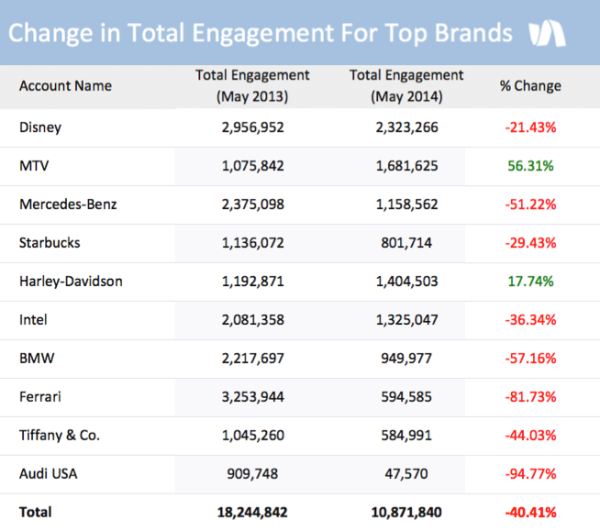 According to the firm, monthly engagement is down over 40 percent since May 2013.
Only two brands on the list (MTV and Harley Davidson) say increases in engagement, while the others saw huge decreases. Overall engagement was down at least 50 percent.

Most troublesome for Facebook, the report outright cites the decreasing organic reach available on Facebook as a primary blame for the decline in engagement. 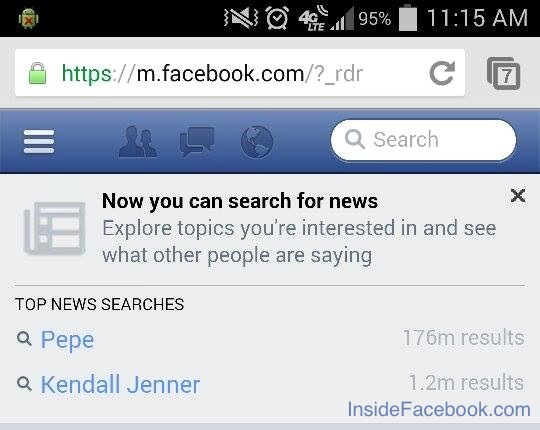 While Facebook’s Graph Search hasn’t been officially released on mobile yet, but it is most likely getting very close to being rolled out. Over the past week, many people reported encountering a test showcasing in-depth integration for the Graph Search for mobile users with all the same features you’ve come to recognize. 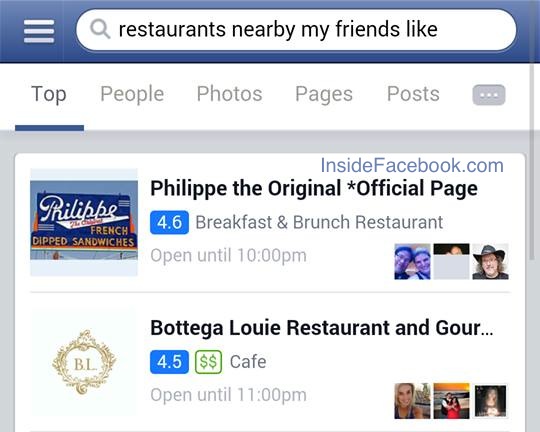 The most anyone has gotten out of Facebook is the response “we’re testing improvements to Facebook mobile search.” But, I would wager the release will be sooner than later. The current testing version for mobile seems to be able to handle all the complex searches capable on desktop and appears to be largely ready for release.

Twitter’s announcement this week may seem super minor, but it has received nearly as much coverage this week as any other bit of information relevant to online marketing. The reason is simple: internet users love GIFs and this week Twitter announced you can now post and view animated GIFs on Twitter’s website and mobile apps.

Of course, the announcement came in the form of a Tweet featuring an animated GIF from Twitter Support.

Starting today, you can share and view animated GIFs on http://t.co/wJD8Fp317i, Android and iPhone. pic.twitter.com/XBrAbOm4Ya

Importantly, GIF’s won’t start playing automatically in your feed like they do on Tumblr. Instead, when a GIF is shown, a white play button will be overlayed, allowing you to choose when a GIF starts playing.