Early this year, Google took advantage of the US Presidential election to test a new feature allowing candidates to publish messages straight to the front page of search results. Then, in March, the company expanded this test to include a tiny number of small businesses.

Now, Google is widening their tests yet again – increasing from “tens” of small business to “thousands”. Even more, the company is taking the feature international with tests in Brazil and India, as Google confirmed to Mike Blumenthal this week.

Google hasn’t announced the name of the new feature, but Blumenthal has already captured a few screenshots of these messages in search results – as you can see below: 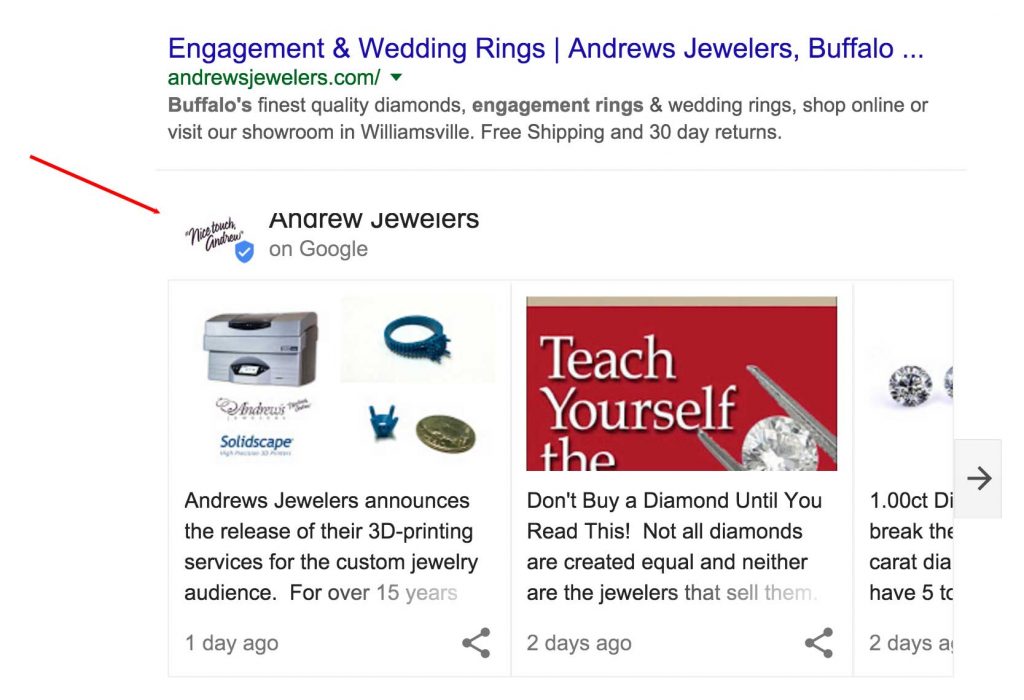 The feature allows small businesses to create cards with short messages that appear on the front page of search results pages similarly to AMP articles or social media cards.

It appears that the cards show up specifically on searches for an exact business’s name. The cards can also include text, links, pictures, and even videos. Reports indicate businesses given access to the test can use a dedicated app to post content, but the public will have to wait to see. 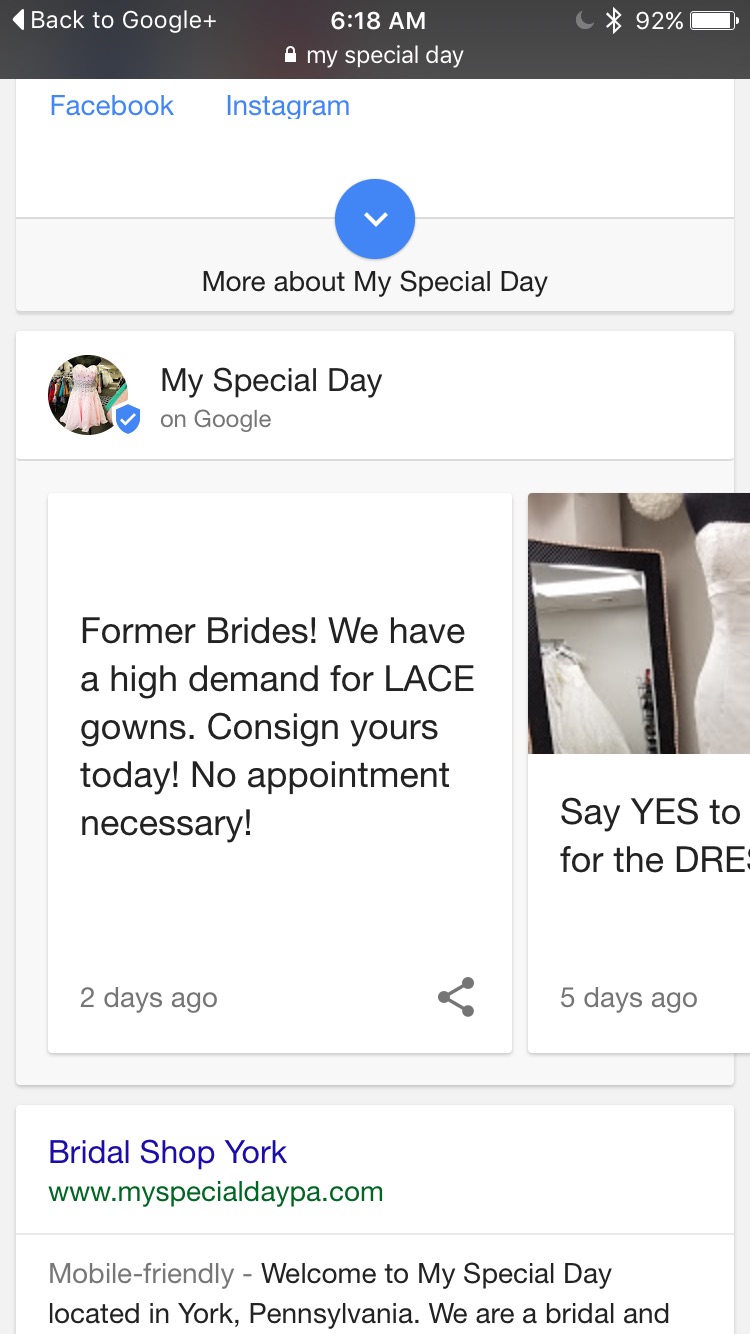 According to Blumenthal, you can expect to see more of these cards showing up in search results over the next 30 days as Google finishes rolling out the test to businesses.

Google Panda 4.2 Began It's Long Roll Out Over The Weekend

More on the Latest AdWords Update