With the constant stream of news coming out of the online marketing industry, it can be hard to keep up with all the latest updates without missing some important information. That’s why we compile all the news you may have missed this week all in one convenient place every Friday. Let’s get started:

Google has had a policy against redirects intended to deceive or manipulate search engines or users, but this week they updated their Webmaster Guidelines to explicitly include mobile-specific redirects. They also include an example of a deceptive mobile redirect with a scenario where “desktop users might receive a normal page, while hackers might redirect all mobile users to a completely different spam domain.” Google details the revisions in an announcement on their Webmaster Central Blog.

Google Wants To Help You Remember Where You Parked 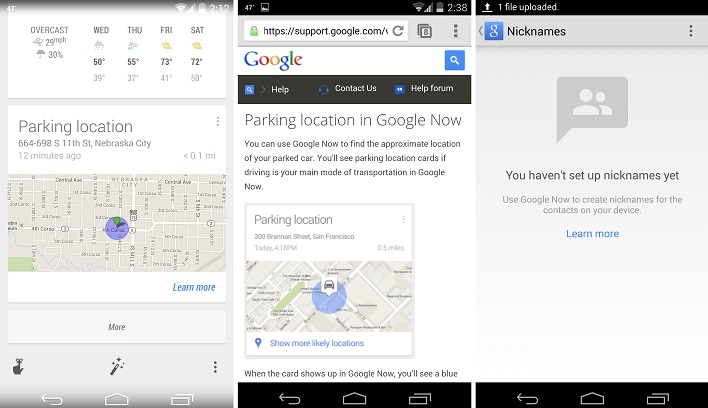 According to Android Authority, Google’s latest update to the Android version of the Google Search App includes a new feature which can help users remember where they parked their car and even give directions on how to get back to that spot. For users parking at large venues, malls, or in heavily-populated areas, this could potentially be a lifesaver. The parking reminder works by asking if you want to save a location as a Google Now card. Then when you are ready to get back to your car, you just tap on the card in the app and directions will appear.

Search Ads Get More Revenue per Conversion When Integrated With Social 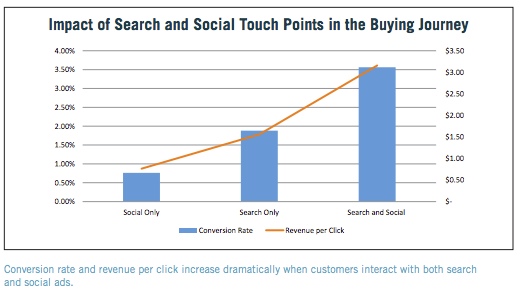 Online marketing is quickly reaching the point where you can’t approach it in a vacuum and hope for success. The days of keeping SEO, PPC, and social media marketing apart are fading fast, if they aren’t completely gone already. A new study from Marin Software confirms this y showing that advertising performs vastly better when integrated with a social advertising strategy. Jessica Lee breaks down the details of the study at Search Engine Watch, but you can also get the full white paper here.

This week, YouTube announced that channel owners can now add a three-second intro to their videos, allowing them to build a stronger and more cohesive brand presence across the video platform. Channel owners must upload the intro as an unlisted video, then click “Add a channel branding intro” on the InVideo Programming page. At that point, channel owners can select which videos should include the intro. However, YouTube has said intros can not be used as ads, sponsorship, or product placements, and should not be used by channels whose videos act as advertisements.

Twitter’s earnings report for the first quarter of 2014 shows they continue to grow in just about every area, even outperforming Wall Street estimates in all but one area. The area in which they have continued to struggle is gaining monthly active users, but even there Twitter is showing very positive signs. While not beating Wall Street estimates, Twitter monthly users did grow by 14 million since Q4 2013, culminating in 255 million total users. This is substantially more growth than shown n Q4 2013.

Vine is Coming To Desktop With New Features 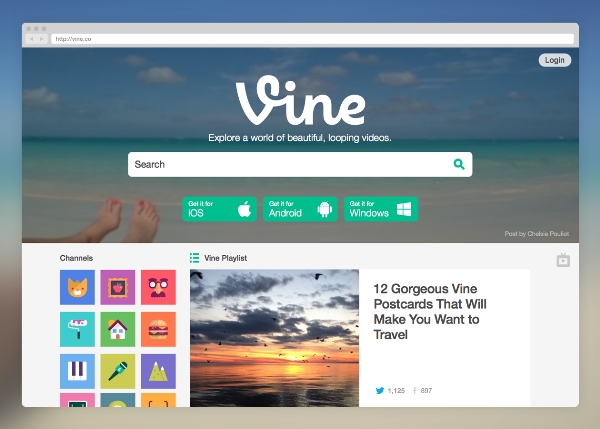 Up until now, Vine has been confined to smartphones, but this week the social video platform has made the leap to desktop with a well laid-out website and some new features. The new features include top navigation in the left which includes the home feed and popular now feed, and all feeds can now be linked together in TV mode. The biggest addition however is the new search bar that lets users search by tag, person, or location for the first time. You can get more details in the announcement on Vine’s blog, or you can see the new site for yourself here.

Google To Unverify Inactive Google My Business Listings
How to Build Your Audience Through Pinterest
I Saw CNBC: Inside the Mind of Google
Study Shows Hashtags On Twitter Are Costing You Clicks
Google Offers Short Site Reviews This Monday
Bing Announces Bing Basic
Google Rolls Out New Search Results Design for Everyone
Does Your Follower Count Increase Your Ad's Efficacy?
0 replies

Are the Recent Claims of Fraud Within Google AdSense a Lie? 5 Ways Your Business Could Benefit From Hiring an Online Marketing Company
Scroll to top