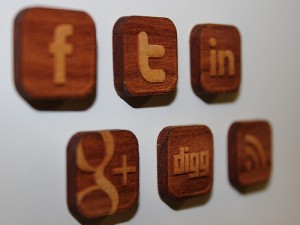 It seems like every business has some sort of social media presence, but you’d be surprised at the huge difference of engagement across many companies. When you look at businesses struggling with social media, you’ll often hear that they signed up simply “because everyone else is on there.” That could be a good argument for keeping up with your competitors, but it doesn’t actually mean you need to be on Facebook.

The problem is that many companies who try to branch out to social media don’t actually understand the platform and can be actually injuring their brand’s reputation. Blindly following the competition into the online arena can be leading yourself to slaughter if you can’t follow the best practices and actually establish your brand’s online presence.

Marketing Land came up with five reasons you might consider not signing up for Facebook, Twitter, or whatever the next popular social media platform is. Don’t get me wrong, social media can be hugely beneficial for your brand, but if you have any of these problems you won’t be seeing any of the benefits.

All of these issues can be easily fixed and a social media account can always be salvaged, but it takes time and resources, which many small businesses don’t have. If you have the means to do it right, social media can be a big boost to online brand engagement. But, if you can’t afford to do it right, leave it alone. There are other ways to make your company findable online without taking on the responsibilities of social media. 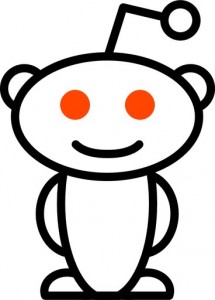 Social media marketers have been aware of Reddit for a long time, and many have even tried to take advantage of the large community. But, the site is notorious for rejecting any attempts to disguise marketing, not to mention being confusing for new users and too streamlined for marketers to track any meaningful data.

The tool can analyze an entire profile or a single post simply by entering the username or URL. It displays where users are gaining Karma or Upvotes (signs of approval on the site that also increase visibility of posts)as well as detailed information on numerous other site specific information, such as how keywords are faring by subreddit through word clouds and topic clusters.

The tool allows marketers and analysts to explore the data from as large or small of a scale as you want. While you can overview entire subreddits or user histories, you can also break down how users are reacting to specific comments and interactions.

They present it all in bright colorful graphs that are easy to immediately understand which makes the data both accessible but also great for explaining your social media tactics and their results to clients.

Facebook reportedly began gauging the interest of advertisers in video ad units about 6-months ago and now, as Ginny Marvin reports for Marketing Land, they appear ready to roll out video ads to newsfeeds by July.

The video ads are expected to be available for all platforms, desktop, tablet and smartphones, and at a lower CPM for broadcast television ads. However, detractors have already started wondering aloud how users will react to more ads in their newsfeed. Especially a concern about how autoplay videos will effect the site’s load times, especially for smartphone users.

Advertisers will certainly be clamoring for the ad space in the early going, but we’ll wait and see if it becomes a proven commodity.

There’s been an interesting development with Google’s AdWords Express, which is marketed as a headache-free alternative for small businesses. Recently, Google announced that you could use the ads Google sets up for you with your budget in AdWords Express to drive users to your Google+ page. However, Google+ itself is an ad-free zone and you are unable to even set parameters so only Google+ users will be shown the ads.

For small businesses with no website, this could still be a valuable tool to create some sort of web presence. Google had been offering AdWords Express users with no site of their own the ability to create a free site, but with the included option of using a company’s Google+ page, that may be a thing of the past.

However, there are also some obvious glitches in this AdWords Express, Google+ relationship. For one, Google is essentially allocating your AdWords budget to promote Google+. Read more about the sketchy side of this deal in Greg Finn’s article at Marketing Land.

When it comes to social media marketing, everyone is looking for ways to separate themselves from the crowd. Courtney Seiter, of Marketing Land, suggests personalizing aspects of your online profile to help connect with your audience.

Many of her suggestions won’t take up too much of your time and will keep your fans and followers coming back. It’s definitely worth a read.

The tablet market looks like it is getting crowded from a distance, but the data from a new study from mobile publishing platform Onswipe suggests there really is no contest as to what tablet is driving meaningful amounts of web traffic.

According to Onswipe’s study, the iPad is the source of a whopping 98 percent of all tablet based traffic. Now, before the Android lovers begin sharpening their pitchforks, this data is supported by other recent studies as well.

The data also shows that iPad owners spend more time online per session compared to their iPhones, and are more active. Also interesting is the iPad creates more traffic than iPhone and Android devices combined, despite there being hugely more iPhones and Androids out in consumers’ hands.

Slowly, we are beginning to see a trend in mobile browsing, and what is resulting is a very complex picture, despite these seemingly clear-cut findings. Onswipe also found that Kindle Fire users spend more time with their devices than iPad users, however they do not spend as much time online for obvious reasons.

Marketing Land has some graphs to help you visualize the Onswipe’s findings.

New data from ad network Chitika compares click through rates (CTRs) and query lengths on the different desktop and mobile browsers among the millions of impressions on their network. The results show Opera browser users as the highest demographic of click-through’s compared to other browser users.

Generally, Opera users are considered to be more tech savvy, so it is interesting that they would have the highest CTR rate. The second highest demographic are mobile Safari users.

Greg Sterling from Marketing Land has all the data from the report for more information.

Want to know what features and capabilities consumers are wanting from mobile websites? Google has released the results of a recent survey and, while the findings aren’t anything earth shattering, they also included data that could be beneficial to you.

The results have reaffirmed that smartphone users want sites to be optimized for their smaller screen, and they will leave those that aren’t, but Google also took the time to collect data on what users want in their experiences with mobile sites. Google used two independent research firms to survey over 1,000 adults in the US, who were also involved in focus groups and required to keep journals of their mobile activites throughout the third quarter of this year.

So what are users wanting from mobile sites? According to Google, users expect websites to load in less than five seconds. They also want mobile websites to allow them to act immediately. Seventy-six percent of smartphone owners want to use their phones to get locations for businesses and sixty-one percent like businesses to allow customers to contact them at the time.

Most want information available within a few clicks, with buttons large enough for their fingers. Other widely desired features were conveniently placed search bars, “click to call” buttons, unidirectional scrolling (up-down or left-right), and interestingly many desire the ability to go to the full non-mobile site. Google even gathered data on what users are looking for in sites for specific industries. Greg Sterling at Marketing Land has a break-down for these individual industries, if you’re interested.

Most of these findings are inline with what you would expect, but they also show how the expectations of mobile users are quickly getting higher. If you don’t raise your own standards to meet those of your customers, your business will not fare well in the future.

The Pew Research Center’s Internet & American Life Project recently released it’s findings from a phone survey of about 1-thousand US adults. As Matt McGee reports for Marketing Land, the survey aimed to discover who exactly is using various social networking sites. Some of the findings you may have already assumed, such as, Pinterest is dominated by women and those with good, higher paying careers are using LinkedIn. All of the information is valuable, however, so you can tailor messages on specific sites to the demographics that are most often found there.

66-percent of Internet users are on Facebook, which is by far the highest percentage of users. Users are fairly evenly distributed between men and women, education level and annual income. The biggest advantage Facebook features is the captivation of older Internet users. 56-percent of those age 50-64 have an account, which makes Facebook the clear top choice for marketing to the older crowd, despite the fact that younger users also flock their.

Though Twitter does not hold a large market share of Internet users overall, it is almost entirely populated by well-educated men and women under 50. The annual income data is well dispersed across the spectrum, which sets Twitter apart from LinkedIn.

As I mentioned earlier, LinkedIn is generally used by successful professionals over the age of 30. Its clientele is made up of 36-percent of Internet users with college degrees and 34-percent of Internet users with an annual salary over $75-thousand. With the exception of Facebook, which posted large percentages in every category thanks to their sheer number of users, LinkedIn is by far the leader in those two categories.

19-percent of female Internet users have a Pinterest account and that number is almost certainly still growing. Though their ages tend to skew younger than 65, you can reach nearly every female group through Pinterest.

These image based sites returned data that is remarkably similar. Their users are mostly young, 30 or below, with at least some college experience. Oddly, Instagram features a large number of well-off users, 16-percent of those with a salary above $75 thousand. Tumblr is more evenly dispersed and, if anything, tends to attract those with a salary below $50-thousand per year.