With the constant stream of information coming out of the online marketing industry, it can be hard to keep up with all the latest updates without missing some important news. That’s why we compile all the biggest stories you may have missed this week all in one convenient place every Friday. This week, Pinterest dominates headlines. Let’s get started: 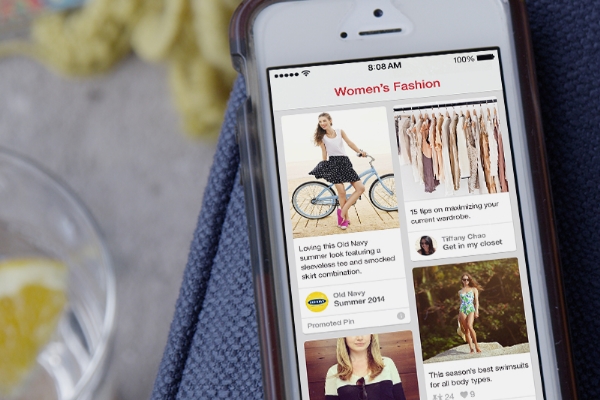 Last fall, Pinterest announced they would be making their first foray into paid ads on the social media platform under the title of “Promoted Pins”. They ran some tests shortly after the announcement to gauge how their users responded to the ads. Now, Pinterest declared they have officially begun a small paid test of the Promoted Pins while working with a small group of brands from the U.S. The test will only be shown in Pinterest’s search and category fields.

Pinterest lists the entire list of brands taking part in the test, including ABC Family, Banana Republic, GAP, and Walt Disney Parks and Resorts. If you do happen to catch one of the Promoted Pins being tested, Pinterest would like users to give feedback via a form found here. 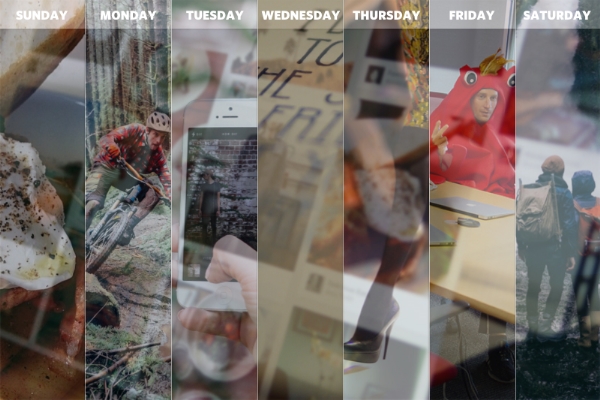 Just about every social media platform has their own mini-trends that influence what type of content gets shared the most at a certain time. Facebook users follow predictable patterns of usage times and the success of content on Reddit is partially decided by the “prime sharing times” when users are more likely to see new content. Similarly, Pinterest recently shared a post on their blog detailing the most popular categories for each day of the week. 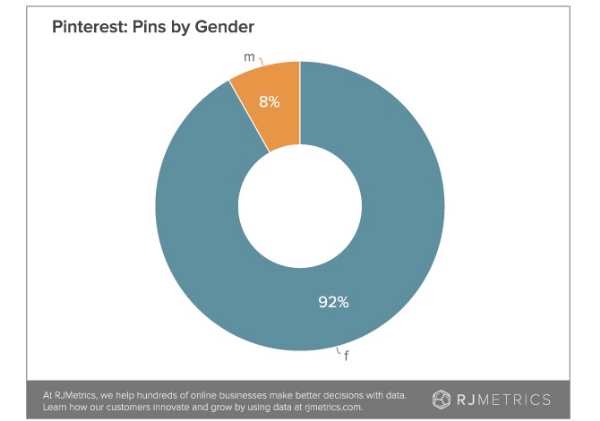 On the topic of Pinterest trends and data, RJMetrics recently ran a study of 50,000 random pinners and their pins to analyze how people are using Pinterest. At first glance, the data may seem like old news, however the details found in the study give strong insight into what pinners are interested in, what they are likely to share, and when they are most likely to Pin. For example, it is no secret that the majority of Pinterest’s users are female, but it may come as a surprise that around 80 percent of pinners are female, and an whopping 92 percent of all pins on the site come from women.

You can get all the details from the study in RJMetrics’ report on their site.

Yesterday, Google announced via Google+ that they have added a new section on map results for location searches named “Quick Facts.” As many have pointed out, the section looks quite similar to the Knowledge Graph that appears on some Google searches, and has the same type of very quick information about the area you are searching for. The Quick Facts are pulled from Wikipedia and other data sources typically used in the Google Knowledge Graph.

You can get an idea how the Quick Facts operate thanks to the example Google released of the results for Angkor Wat in Cambodia below. 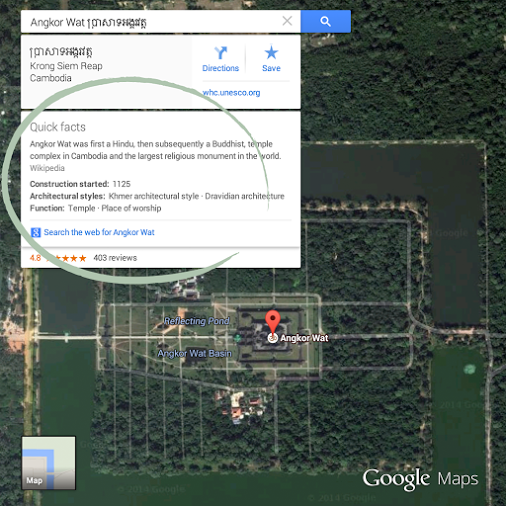 Earlier this week, Twitter revealed they will be adding a new feature for its iPhone and Android apps, as well as Twitter.com, which allows users to mute specific people and forbid their tweets from appearing in your timeline. You can mute users two different ways. You can either mute a user from a Tweet by clicking on ‘more’ followed by ‘mute @username’ or you can mute users from their profile page.

When a user is muted, their Tweets and Retweets will be no longer visible in your home timeline and you won’t receive push notifications if you previously set up that feature for the user. However, the muted user will still be able to see, face, reply to, and retweet anything you share. From the muted users perspective nothing will have changed.

You will be able to unmute users at any time and the new feature is expected to be rolled out in the next few weeks. 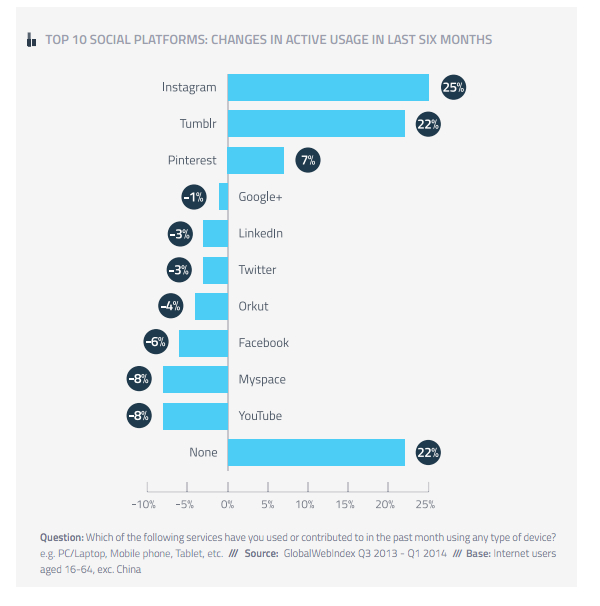 Facebook and Twitter still hold a strong hand on the social media landscape/ However their grasp may not be safe forever as new survey data from GlobalWebIndex shows a slight reduction in usage for both networks over the past six months. They Facebook may not be too nervous yet. The survey of more than 40,000 internet users in 32 global markets, excluding China, found that as much as 82% of users worldwide have Facebook accounts.

However, several reports suggest the small dip in usage may be an indicator of a growing trend within Facebook, opening the door of opportunity for smaller and more focused social platforms such as Instagram and Tumblr.

The survey also found a significant growth in the use of mobile apps. Out of all apps, Snapchat saw the biggest rise in use as it is accepted by more and more teens worldwide. You can download the full report from GlobalWebIndexhere, but Martin Beck also summarizes the findings over on Marketing Land.

Are Links Still Important in SEO?

5 Essential Online Marketing Trends You NEED To Know For 2021

What is Google Webmaster Tools?

Webmasters and SEOs Receive Widespread Extortion Email, Should You Be Worried?

4 Reasons You Should Be Including Infographics in Your Content Strategy

How is the SEO World Managing Post-Penguin 2.0?
0 replies

What is Google Webmaster Tools? Turning Twitter Trends Into Opportunities For Your Own Business
Scroll to top