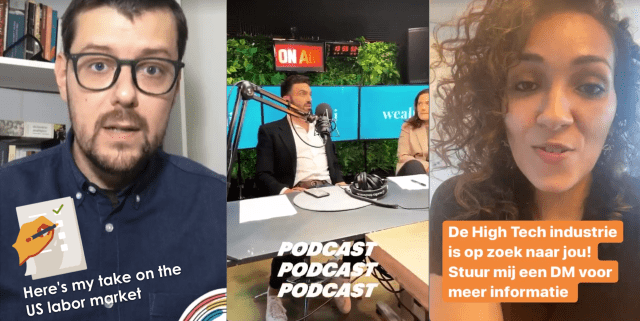 Stories may have originated on Snapchat, but these days they are a staple feature of just about every social network out there. Now, they are officially coming somewhere few would have expected – LinkedIn.

The company has played with the idea of introducing the feature for months, with Stories appearing in elusive tests across the platform. Beginning today, though, the feature is officially rolling out to everyone within the US and Canada.

The feature is largely what you would expect, allowing users to take a photo or video, add decorations or text, and upload it to the site. After 24 hours, the post will vanish to never be seen again (unless you reupload it.)

“Members in the past have found sharing on LinkedIn to be intimidating,” Li told Engadget. “We’re hoping it’ll spark more conversations from people who just don’t really share content on LinkedIn.”

Indeed, the company still intends for Stories to largely be professional. To help keep things focused on this, LinkedIn Stories will also feature a question of the day to steer conversation.

“You’re not meant to share the same things that you would on other networks,” Li says. “That doesn’t mean you can’t share a picture of your dog … but the goal is to keep it keep the conversations in the same vein that you would have right in your workplace.”

Li also says Stories are part of a broader initiative to help connect coworkers who might feel isolated while working from home or remotely.

In addition to the official launch of LinkedIn Stories, the professional social network has introduced a number of new partnerships which bring integration for Zoom, BlueJeans, and Microsoft Teams to the network.

This means you can start a video call using your preferred tool directly from LinkedIn’s chat tools, without having to open a separate app.

To help make LinkedIn’s chat more useful for users, the site is also launching the ability to recall, delete, and even edit messages, use emojis in chat, and flag harassing or inappropriate messages.

These tools are expected to roll out to users sometime in October. 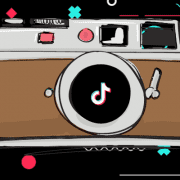 Instagram Rolls Out Its Algorithmic Timeline Next Month
0 replies

Update – TikTok To Remain on US App Stores Through September 27th