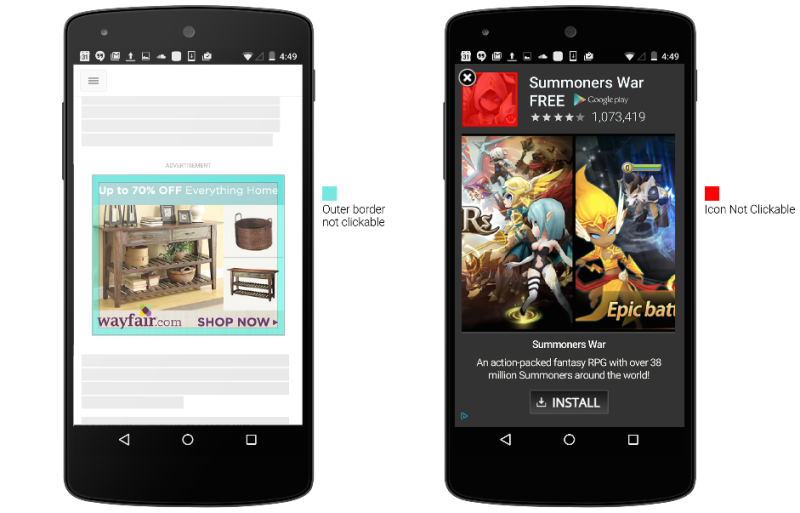 Tell me if this has ever happened to you. As you’re browsing a website, your thumb accidentally hits an ad as you try to scroll past it, launching a new page. You close it out, and try to scroll down again only to accidentally tap the ad on the page yet again, leaving you in a loop of trying to close the page and move past it but repeatedly wind up tapping an ill-placed ad that you have no interest in.

Not only is this scenario a bad experience for the user, but it is also a nightmare for advertisers who are wasting money on valueless clicks.

This has been a growing issue for the online advertising industry as mobile browsing increases, but sites have struggled to optimize their sites (and their advertising) for mobile viewers and errant taps. Now, Google is finally making changes to hopefully solve the so-called “fat finger” ad clicks problem.

While most of these changes are relatively common sense (why on earth was the app icon ever considered a click?), but they are still welcomed by the advertising community who have been complaining about “fat fingers” since display ads came to mobile.

A Periodic Table of SEO?