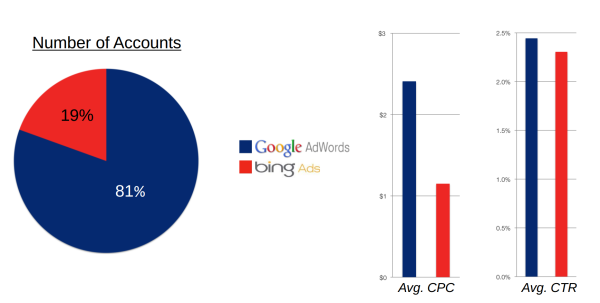 Just as with search, when we talk about PPC advertising, we almost naturally shift the majority of our attention to Google and their AdWords advertising platform. It makes sense on the surface, Google receives a significantly higher volume of search than other engines and even higher CTRs. But, some marketing analysts are beginning to believe it may be more effective to put an emphasis on Bing ads, especially if you are advertising for a small business.

Pricing Engine, a small business marketing platform, has found that Bing ads are “more efficient” than AdWords, as they become a lower cost source of leads for small businesses.

As Search Engine Land reported, Pricing Engine examined their own data from hundreds of accounts, and they found that CTRs were indeed marginally higher on Google, but CPCs were significantly higher. As such, it seems that you actually get more for your dollar with Bing ads.

Big brands will still favor the higher volume of searches on Google, but smaller businesses don’t require the same kind of scale. Investing in marketing with a better return per cost may pay off in the long run. 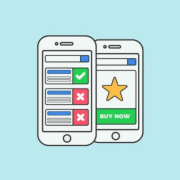 Great Free Resources: Stock Photos You Can Use

The Effect of Google's Redesign of Title Tags