This is because people don’t use the platform the same way they use other social networks. Obviously, they approach the platform with a more professional, reserved presence that speaks more to their career goals and market knowledge than personal photos from vacations or the latest memes.

Still, LinkedIn can be an incredible tool for growing your business, whether you are in a B2B industry or primarily provide services or products to consumers. The key is knowing how to change up your typical social media strategies for the new platform.

Thankfully, Leisure Jobs has created a detailed cheat sheet which breaks down everything you could need to know about how to do LinkedIn right. It includes every area you could imagine, including personal profile construction, business listing strategies, some quick secrets to standing out from others on the platform, and much, much more.

You can see the infographic below, or check it out here for the high-resolution version.

Pinterest has become one of the most reliable social media sites for retailers and brands hoping to gain a following, so it should be no surprise it is also developing one of the most extensive advertising platforms.

Over the past year, the social network has expanded its ad platform in several ways, including partnering with Kenshoo and improving their visual search functions. Still, many have been hesitant about investing heavily in an ad service that isn’t run by Facebook or Google.

There are perhaps several reasons Pinterest’s ad service has seen relatively slow adoption by most online brands, but the biggest is probably the most simple: it’s different. Instead of following the established systems of the other big online ad platforms, Pinterest has strived to maintain the visual nature and originality that have been central to its entire service.

While this may make their ads less obnoxious and more cohesive with Pinterest’s normal content, it also creates a hurdle for advertisers who don’t understand exactly what is being offered or how the ad service works.

To help make everything clear, Croud put together a suitably visual guide explaining Pinterest’s platform, why marketers are using the platform, and what options are open to marketers of every level – from Fortune 500 to “mom and pop”. Find out what the deal is with Pinterest ads below or click the image to view the full-size version:

Retailers are increasingly relying on Google Shopping Ads to promote their products and increase sales. In fact, some estimates suggest more than half of all retailer ad spend in the US is spent on Shopping Ads.

However, the increased popularity is making it harder than ever to compete within Google Shopping listings. With so much competition, how are you supposed to guarantee your products will show up for interested searchers?

Well London ad agency Cliqteq has some answers for you. With their helpful infographic, you can learn seven great ways to boost your Google Shopping performance and get even more attention with your ads:

These days, everyone knows about content marketing in some form. Whether you’re a business releasing blog posts and videos, or a consumer downloading ebooks and clicking on sponsored posts, there’s no denying that content marketing is ubiquitous in the modern day.

But, you might be surprised to learn this isn’t a new phenomenon. Content marketing has been around long before the social media, blogs, or even the internet.

It would be hard to pin down exactly when someone got the idea to promote something through content in some form, but Uberflip suggests content marketing’s seeds go all the way back to cave paintings in their Back to the Future themed infographic.

Let’s hop in the Delorean and check out all the landmarks and milestones that have shaped our modern content obsessed culture with A Visual History of Content Marketing:

How long does your website take to load? If it takes more than three seconds, you’re likely losing more than half of your visitors.

It is no secret that everyone wants everything as fast as possible. That is especially true on the web. The faster your page loads, the more people will stick around and the happier they will be with their experience.

What you might not know, is that your site speed can directly affect your conversions and sales.

Data from Kissmetrics shows that up to 79% of customers who aren’t satisfied with your site’s performance say they are less likely to buy from the same site again. Taking that a step further, many first-time customers may leave before they ever get a chance to see what you have to offer in the first place.

Web Development agency Skilled collected 12 case studies from real businesses in an infographic showing just how powerful page load time really is. If you’ve ever doubted the importance of keeping your site optimized to be as fast as possible, you’ll likely be a believer after seeing these:

Video finally came into its own as a content marketing format over the past year, with the launch of 360-degree videos, Facebook Live, and all sorts of new features for video marketing on Twitter, Instagram, and Snapchat.

It was only a matter of time, as video has been a huge part of the online ecosystem since the launch of YouTube all those years ago. Currently, estimates suggest up to 78% of all people watch videos online every week and 55% percent make it a daily activity.  That means if you have been ignoring online video as a marketing channel for your business, you’re missing out on a huge and highly engaged audience.

With the start of the new year, many businesses are considering finally making video marketing a part of their larger advertising strategy. If you aren’t, you might want to reconsider. This infographic created by HighQ shows exactly why 2017 is poised to be the year video marketing blows up. You don’t want to be lagging behind when it does.

Want to get the most out of your social media efforts? There is no one-size-fits-all method that is guaranteed to give you success across every platform like Instagram, Facebook, and Twitter. Each platform has its own demographics and user behavior that means you must adapt to make sure you are striking when the iron is at its hottest.

Matt Booth from AddPeople made that easy to do with a simple infographic breaking down the demographics, user behavior, and best times to post for the biggest platforms you might be marketing on: 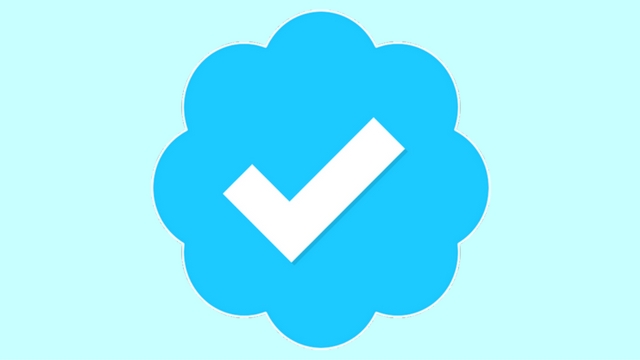 Do you want the most coveted Twitter feature limited to only the biggest names online? You can have it with just a few simple steps.

I’m not talking about a new way to share your tweets, but this one small feature will immediately establish you as an authority across all of Twitter. That’s right, I’m talking about the famous blue checkmark showing that your account is “verified”.

Until recently, Twitter has limited verification checkmarks to specifically selected accounts of well-known actors, athletes, business personalities, artists, and authors. But, as of July, anyone can now apply to receive the lusted after sign of influence by going through Twitter’s verification application process.

It might seem like a small thing, but the checkmark is more than just a blue badge next to your name. It immediately shows that you are an established figure likely tied to a reputable organization. It grants weight to your opinions and encourages other users to follow you as an authority in your field.

If you want to get a fancy blue checkmark of your own and get your site verified, just follow the process detailed in the infographic below from SurePayroll and Ghergich & Co:

Video is finally experiencing the dominance many have claimed it would rise to since the release of YouTube. No matter which platform you look at, it is hard not to see videos littered throughout all your feeds.

This includes Twitter, which has made video a major part of its platform. As such, Twitter has also been keeping close track of how videos on its platform perform, to help advertisers know who is watching what, when, and whether these viewers are taking the time to watch pre-roll ads.

Twitter and AdWeek just released the platform’s annual Online Video Playbook to share what makes Twitter uniquely suited to video content. In particular, the research shows that video ads in Twitter are at least twice as memorable as ads presented on other services.

“As we navigate the dynamic world of video, these insights can help marketers and agencies unlock massive opportunity,” said David Roter, agency development director at Twitter. “We refer back to this playbook as we work strategically with our partners to develop innovative and creative campaigns.”

Check out the infographic below or at AdWeek:

Instagram is still typically thought of as a niche social platform. But, with over 300 million daily active users and counting, the Facebook-owned app is far from a scrappy upstart.  It’s a hugely popular platform that is still being overlooked by advertisers and brands.

Brands that incorporate Instagram into their social media strategy have been shown to receive high levels of engagement and brand awareness. Even more, the platform has been shown to be a powerful lead generation tool.

These aren’t the only reasons your brand could benefit from being on Instagram. In fact, Buzzoid compiled 22 reasons you should consider the platform into a stylish infographic. Check it out below, or at Buzzoid’s site.