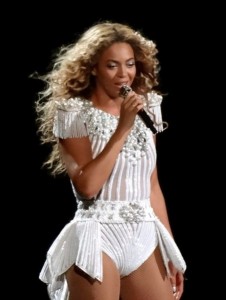 It’s that time of year yet again! Time for all the lists reflecting and analyzing the past year! This year Bing is one of the first sites to begin looking back at the past year, as it has released its most popular searches for 2013 lists. If you want to know who the most searched for sports stars, entertainment systems, or public personalities are, Bing has got you covered.

Facebook still has a strong grasp on the top spot on the most searched social media sites, but Pinterest has raised its profile considerably this year, making its debut on the Bing list in second place. The rest is as you would expect, with Twitter, Linkedin, and Instagram rounding out the top five. For social media marketers, this gives insight to where you should focus your energy, but remember that your marketing approach should always cater to the social platform you are engaging.

It is also notable that while the new iPhone has faced significant public criticism, it still came in second on the list for most searched entertainment electronics, falling behind the Xbox. Android was close behind, coming in third.

There are many more lists from Bing to look through, including the most searched for memes, foods, and travel destinations of the past year. While some of the lists are more anecdotally interesting than useful, you are sure to gain some insight into the public’s concerns and needs.

3 Tips for Capitalizing on Mobile

Excellence In Social Media To Inspire You

Facebook Updates Their Contest and Promotion Rules for Businesses