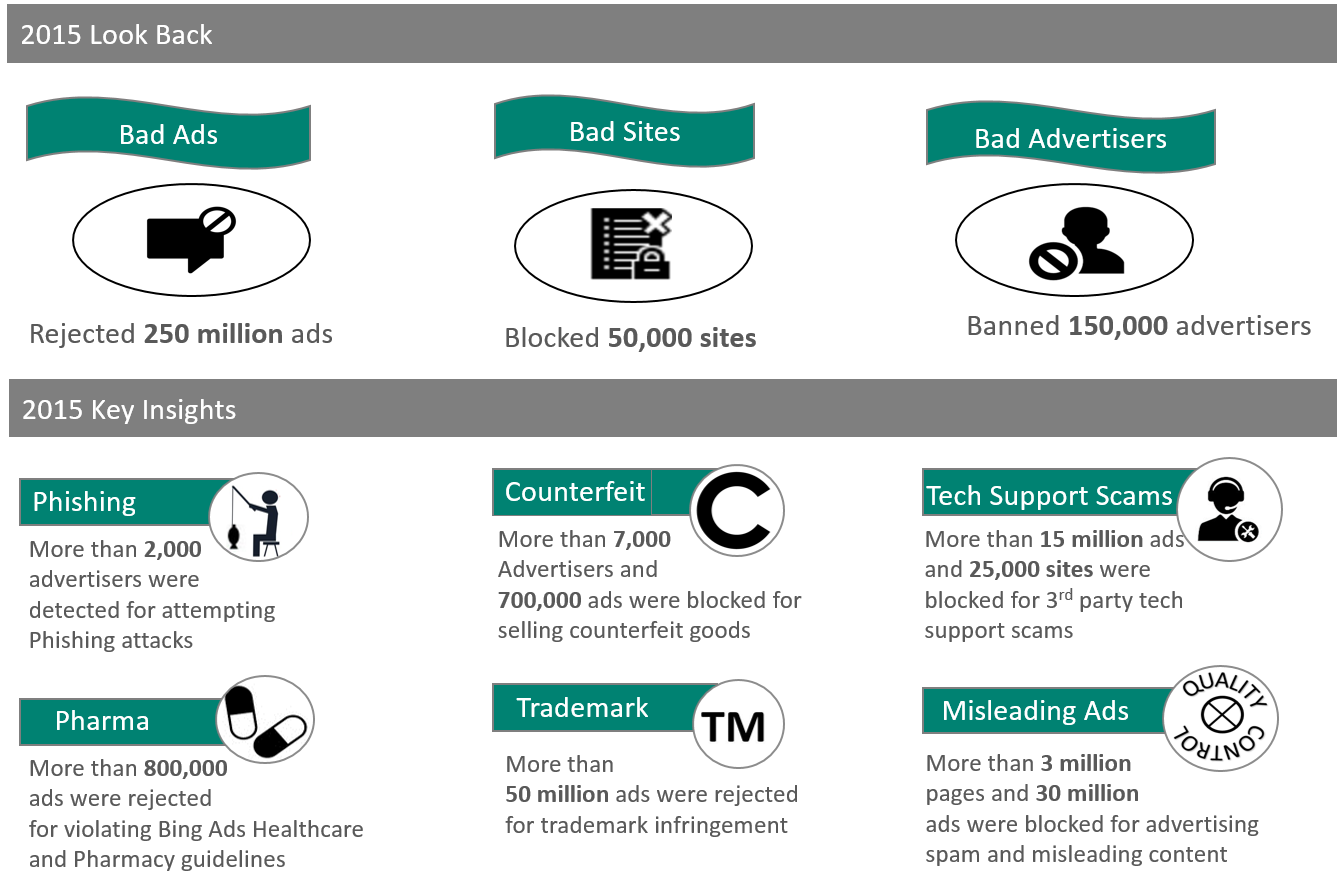 Every year Bing likes to highlight its efforts to keep the web safe with its “Bad Ads Report” and this year shows that the endless war against online scammers and hackers has remained largely consistent recently.

Overall, Bing says it has rejected over 250 million ads in the past year, as well as blocking 50,000 sites, and banning 150,000 ads for breaking their guidelines.

Considering Bing’s trademark usage policies are relatively loose compared to competitors like Google, it comes as a surprise that the company says it dismissed more than 50 million ads in 2015 for trademark infringements.

The rest of the report is less surprising. Phishing attacks remain a relatively minor issue, and pharma and counterfeit goods are still being delisted by the hundreds of thousands.