Bing Ads is the clear runner-up in to AdWords in the search engine advertising game, but they’ve seen a way to set themselves apart and give users something AdWords is not. Recently, Bing jumped on AdWords introduction of ‘Enhanced Campaigns’ and, more importantly, the vocal concerns of some users. The general manager of the search network, David Pann, announced that Bing would not be bundling mobile, desktop and tablet advertising together and would give users the flexibility to control their own campaigns.

Not only is this a clever step by Bing to promote itself while putting down Google, but it also gives advertisers an alternative to ‘Enhanced Campaigns’. There’s never been much of a difference between Bing and AdWords, but now you can trade one for the other based on your preferences. Of course, one still comes with a fairly significantly larger audience.

Read more about Bings recent announcements, including some planned changes and the future direction of the product at Search Engine Land. 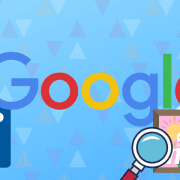 Google Radically Redoes Its Search Engine With The MUM Algorithm

Do Google's Algorithms Work The Same Around The World?

Google Experiments With Cards For Local Businesses In Search Results