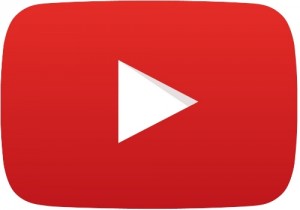 The Financial Times is reporting that YouTube will begin allowing third-party verification of ad viewability by the end of the year following major pushback from major advertisers.

Until now advertisers have had to rely fully on YouTube’s viewership metrics to gauge how their ad efforts are working, but third-party authentication could potentially provide a less biased and full understanding of how your ads are being viewed and it may even help finally settle the dispute between which video platform is more popular.

The report claims Unilever and Kellogg’s are the key instigators for a move to enable independent viewability measurement. Kellogg’s is especially notable as it has even stopped its ad buys on YouTube due to lack of third-party verification.

Google does allow advertisers to buy ads on a viewable impression basis, but the verification is reliant on the company’s own Active View measurement tool.

Using its own measurement tools, Google has boasted of incredibly high viewability rates. In one study this year, Google said 91 percent of ads served on YouTube were found to be viewable using Active View.

Google declined to comment specifically, but told The Financial Times, “We’re committed to meeting all of our clients’ measurement needs” and “are taking our clients’ feedback into account as we continue to roll out new solutions”.