Over the weekend, YouTube announced a series of 5 new updates to make it easier for people to find, watch, and interact with videos on mobile devices.

The updates affect a wide range of features while also introducing a few new ways to use the YouTube app, including:

As the video platform says in the announcement:

“With a global community of two billion people on YouTube, we’re always looking for ways to make it easier to watch and interact with your favorite videos.”

With that in mind, let’s explore these new updates which are now available for all mobile users.

YouTube is building on its video chapters feature (which lets content creators break up their videos into digestible sections).

Now, users can browse a complete list of all the chapters in your videos as they are watching. This makes it easier to rewind or skip to the most interesting sections.

In the list, each chapter will have its own individual thumbnail, title, and timestamp.

As before, these chapters are set by simply writing out the timestamps and titles in the description section of your videos.

The only requirements are that you include at least three chapters in your video, with the first one beginning at “0:00”. Additionally, each chapter must be at least 10 seconds long.

These chapters also appear in Google search results, making this a powerful form of SEO for your videos.

YouTube has subtly simplified its player page with a few tweaks:

The app has been improved to support new gestures, including a quick way to exit full-screen mode. Now, you just have to swipe up to enter full-screen mode, then swipe down to exit.

You can also quickly pull up details like elapsed time and time remaining by tapping the timestamp.

YouTube is now notifying users when a video is meant to be watched a specific way. For example, a VR device will be recommended when trying to watch a video made for virtual reality, and the app will suggest rotating your phone to properly view a widescreen format video.

The last feature is focused on helping users maintain their well-being by setting specific times to stop watching videos and go to sleep.

The feature can be set up in the settings section or by tapping your profile picture and selecting “Time Watched”.

From there, you can set up reminders and select if you would like the tool to “Wait until I finish my video to show reminder”.

These features are all available now for all users on iOS and Android devices. They are rolling out to others in the next few days. 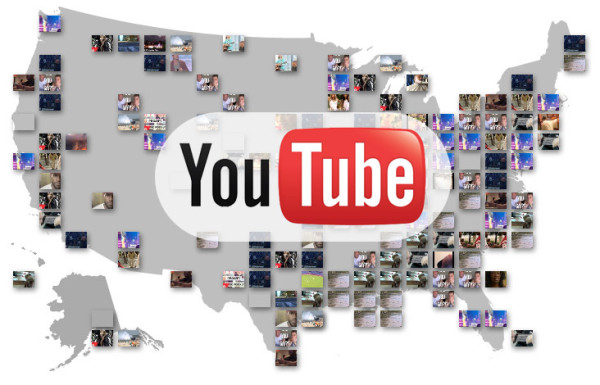 With the popularity and direct user engagement of social media platforms like Facebook and Twitter, many online marketers forget the potential for YouTube to improve your brand reputation and enforce your SEO efforts in a single move.

YouTube has a surprising amount of opportunity for optimization, especially for efforts focusing on local search. There is a relative lack of videos from small or local businesses aimed at informing the public and promoting themselves, leaving a wonderful widow for many local businesses to make an impact on their audience.

Of course, before you can optimize, you need to make sure you have a quality video that offers something of value to viewers beyond simply promoting yourself. Chris Silver Smith recently wrote about how local businesses can go about creating videos that will be worth their viewers time and make your audience interested in what you do.

There are plenty of options, but chances are you don’t want to just make an ad and throw it up online. A better approach would be a series of short videos exploring your industry, your brand, and what you offer to consumers. How-to videos can reinforce your reputation in regards to your skill, while explanations of your products and services can help viewers understand exactly what sets you apart from your competitors.

Smith also explored the ways you can optimize your videos to make sure they get seen, while also helping your local SEO efforts.