It is no secret that the past few years have wildly shaken up the world – especially when it comes to doing business. Coronavirus, international shipping delays, and rising prices have drastically reshaped customer needs and expectations in virtually every market – as a new report from Google makes particularly clear.

Using a comparison of search trends from 2021 to 2022, Google’s data reveals what customers are looking for as we settle into a “new normal” and brace for even more new challenges in the future.

More than anything, the search trends from Google reveal that customers are looking for brands that can provide the goods and services they are looking for when they need them. This is reflected by significant increases in searches extended hours and quick service.

For example, the report shows these search phrases saw major increases over the past year:

Google search data makes it very clear that consumers are itching to get back out and enjoy in-person events again, now that the coronavirus pandemic appears to be winding down. This has led to growth in searches for phrases like:

While shoppers are eager to ditch some aspects of the pandemic, Google pinpoints a few trends which popped up during quarantines and appear to be sticking around. These “sticky” trends include:

With Halloween getting closer, everyone – including Google – is getting into the holiday spirit.

As the company does every year, Google is sharing the biggest search trends related to Halloween 2021, including the most popular scary movies, haunted houses, trending costumes, pumpkin patches, and more.

While some topics like the most popular movies stay largely the same year to year, other areas like popular costumes may provide a little more insight into the current trends and interests right now.

Getting out and enjoying seasonal in-person events like corn mazes and pumpkin patches also seems to be of particular interest this year, after the more subdued (if not completely canceled) Halloween during the peak of 2020’s Covid pandemic.

Let’s recap some of the top trends for Halloween 2021:

Unsurprisingly, the list of top Halloween movies includes a mix of horror classics and seasonal family staples which have lasted for decades since their original release.

Based on early indications, the latest movies are mixing with a Halloween classic and a beloved celebrity to fill out the most popular costumes this year. Meanwhile, the couples costumes are a mix of famous couples from both screen and history, including a fair number of cartoon characters.

Lastly, Google highlighted the top festive treats for both trick-or-treaters and adults. Specifically, the list collected the top Halloween-related drinks by state:

Even before the COVID-19 pandemic, consumer behavior was prone to shifting quickly. Now, it seems buyers’ needs are changing daily – if not hourly. If there is any place this is reflected, it is in our Google searches.

Product and purchase-related searches have been rapidly evolving as people respond to the daily updates related to the pandemic and their state’s handling of the situation. To help businesses track these changing needs and consumer behaviors, Google is launching a new tool called Rising Retail Categories.

“We’ve heard from our retail and brand manufacturing partners that they are hungry for more insights on how consumer interests are changing, given dynamic fluctuations in consumer demand,” said the company in the announcement.

“That’s why we’re launching a rising retail categories tool on Think with Google. It surfaces fast-growing, product-related categories in Google Search, the locations where they’re growing, and the queries associated with them.”

Specifically, the tool shows the biggest shifts in product-centric search categories, as well as their associated queries and the locations where the product categories are showing making the biggest waves on a weekly, monthly, or yearly basis.

The company also says “this is the first time we have provided this type of insight on the product categories that people are searching for.”

Currently, the Rising Retail Categories tool includes data for the US, UK, and Australia.

In the announcement, Google suggested a few different ways the information could be helpful for brands, including content creation, product promotion, and even the development of new products.

Google has released a new report showing how people are using the search engine to find small businesses around them every day.

Overall, the report shows that local search continues to grow with “tremendous” speed. Specifically, searches with “local” + “near me” have gotten more than 350 times more search interest compared to a decade ago.

On a more recent scale, the search engine says that search interest in “mom and pop shops” has climbed to a three year high, with especially high interest in restaurants, coffee shops, diners, pharmacies, and pizza places.

To make the findings easy to take in, Google created a nice infographic breaking down all the most important findings. Check it out below, or in Google’s blog post “Small Business Search Trends” here.

With the constant stream of news coming out of the online marketing industry, it can be hard to keep up with all the latest updates without missing some important information. That’s why we compile all the biggest stories you may have missed this week all in one convenient place every Friday. Let’s get started:

Facebook is attempting to walk the tight rope between monetizing through ads and not overwhelming users with constant advertisements in the news feed. But, as Facebook keeps introducing new ways to advertise on their platform, the ad space is quickly becoming crowded. New reports indicate Facebook may be attempting to manage the shifting balance between ads and user content by pricing “premium” advertising features well out of reach for smaller businesses.

The Wall Street Journal reported this week that the upcoming “Premium Video Ads”, set to launch in the next few months, will likely cost around $1 million per day, and will initially be limited to a small group of advertisers. If you have a subscription, you can read the full story from Wall Street Journal, but Martin Beck also summarizes the rumors at Marketing Land. 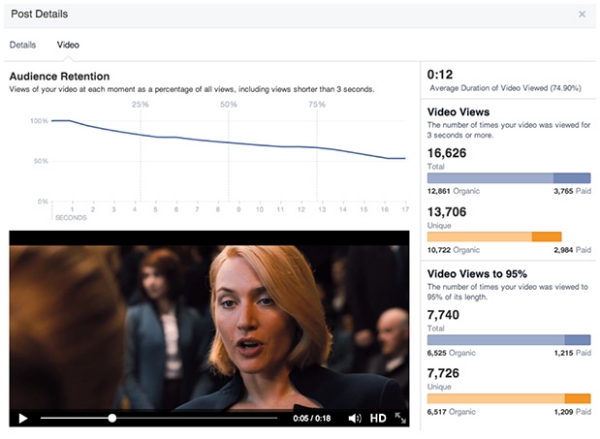 On the topic of Facebook’s method of handling video content on their platform, the social media giant also announced new metrics within Page Insights and Ads Reporting will be coming soon. This way, Page owners will be more able to analyze how users are responding to their videos, and how they may be able to improve their content.

The new metrics include more detailed view counts that will show the total number of video views, as well as the number of individual people who have watched, measurements of audience retention through the length of the video, and a breakdown of the demographics engaging with video content. Facebook’s announcement says the metrics will be available for all paid and organic videos uploaded directly to Facebook Pages, and they will be gradually rolling out in the next few weeks.

Bing is constantly testing small changes such as this to see what users respond to, but it is hard to not feel like this test is particularly inspired by Google’s recent moves. However, it is important to remember that Bing’s non-underlined links are just a test for the moment, and not a final widespread change. You can see the version of the search results without underlines being tested below. 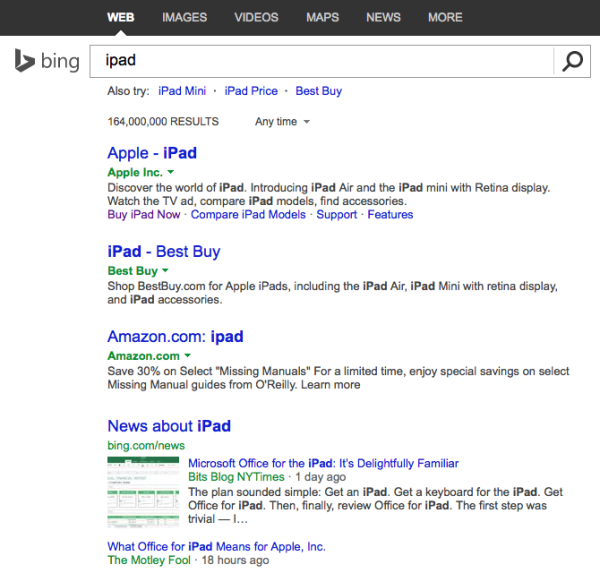 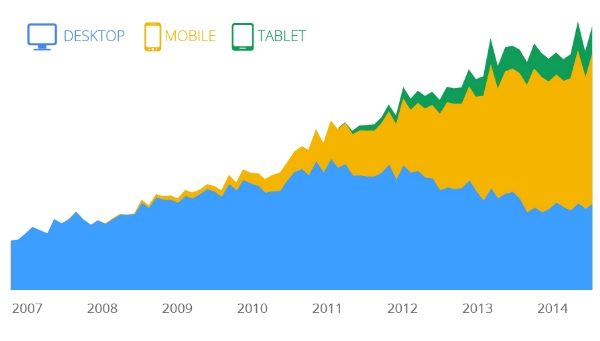 A recent survey from Google’s Think Insights says that new and expecting parents perform 2.7 times the number of online searches as non-parents. The survey also says that 56 percent of maternity-related searches come from a mobile device.

According to Google’s analysis of the survey and their own data, they claim parents are trusting the internet more and more for child advice, as baby- and parent-related searches are on an upward trajectory. For a detailed breakdown of what Google says parents are searching for, head over to Think Insights’ report. 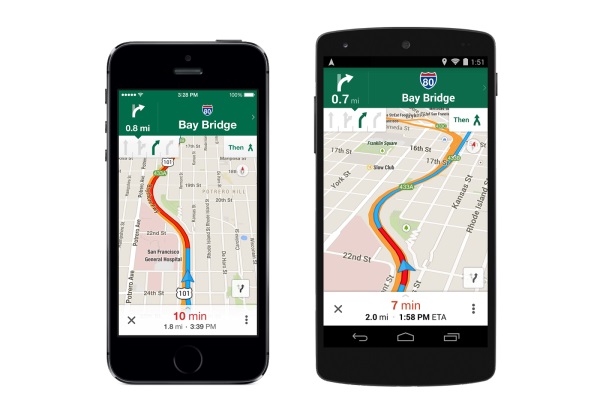 Google Maps is in the process of rolling out several new features for the iPhone and Android app, including more detailed driving directions such as lane navigation which tells you if it is important to switch lanes to stay on the right path. Google Maps also announced integration with Uber, the burgeoning ride service which connects people in need of transportation with available drivers.

According to the announcement, those who already have the Uber app downloaded will be able to compare ride times against walking directions within Google Maps, so you always know what the most efficient transportation option is. Those are just two of several new features Google is unveiling, which are all further explained here.

With the constant stream of news coming out of the online marketing industry, it can be hard to keep up with all the latest updates without missing some important information. Below, we will go through all of the news from the week that we missed at the time.

Bing Tries To Predict The Winners of Your Favorite Reality Shows 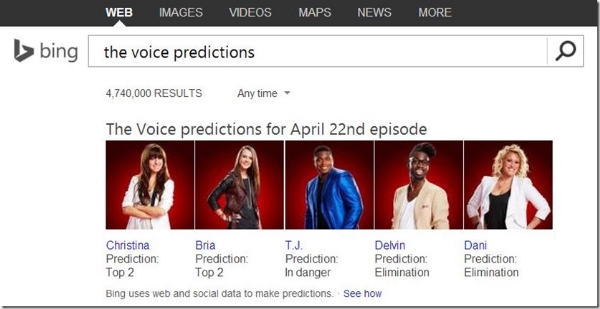 Bing is using search and social signals in their attempt to predict outcomes of public events, and they are showcasing the results of their test by estimating who will be moving onto further rounds in reality shows like The Voice, American Idol, and Dancing With the Stars. Bing isn’t using magic to see the future, but they are using measures of popularity to predict the results of some of the most popular shows in the country. While this could be a fun feature for fans of reality TV, there is also potential for Bing to expand their predictions to events and elections that have a more direct on the country in the future.

Google Trends has been a useful tool for discovering what people are searching for around the world. But, the service has always been somewhat isolated. You can consult the section to see what new artists, films, or memes are trending, but users have been left to keep up with the topics that interested them on their own. Now, Google Trends has added a new feature that lets you “Subscribe” to any search topic, Hot Searches for any country, or any U.S. monthly Top Chart. Google explains how subscribing functions in their announcement.

New Features are Headed to AdWords 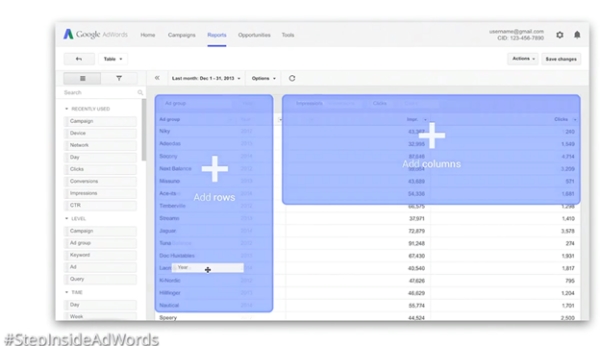 Last week, Search Engine Land teased that huge news was coming for AdWords by vaguely discussing what types of features you might be seeing in the future. All the features were announced on Tuesday and Larry Kim took the time to break down what each new feature does and how it can affect online advertisers. Find out what the new AdWords will be like in Kim’s article for Search Engine Journal.

More Than Half of Responsive Mobile Sites Have “Unacceptable” Load Times

Responsive design has been widely loved for its ability to unify user experience across multiple platforms and devices, and some web designers claim it even speeds up their work process by preventing them from having to design two separate sites. However, a new study suggests responsive design may have a significant weakness. Responsive design may provide a better and more cohesive user experience across platforms, but a new study says the majority of responsive sites load too slowly for mobile users who are likely to leave a page that doesn’t load within 5 seconds. Mobile web developer Trilibis evaluated 155 prominent responsive design websites, and their findings aren’t pretty.

There are rumors swirling that Yahoo is considering rejuvenating their search engine to re-challenge Bing for the second most-popular search engine available. Their share of the search market suggests Yahoo will have to make some drastic changes to have any chance at their comeback in the search game, but the company has been testing some recent changes to their search engine that lend truth to the rumors. However, one of their tests also drew attention for looking questionably similar to Google’s Knowledge Graph. All Google Testing discovered the test and documented how to see the test for yourself, or you can just watch their video below.