After months of fluttering in and out of Google’s search results as a set of experiments, Twitter is officially a part of the desktop SERPs. Google officially announced the news on Twitter and in an updated post on the Google blog, saying they have expanded displaying Twitter content in the Google desktop search results.

Tweets have been a part of mobile results since May, but the announcement officially brings them to desktop searches as well.

The update is started rolling out to all English users around the globe. Once implemented, Google will show Tweets in a carousel in the main column of the organic search results, but only when Google finds them relevant. Users do not need a Twitter account to see the Tweets in their SERPs or click on the results. 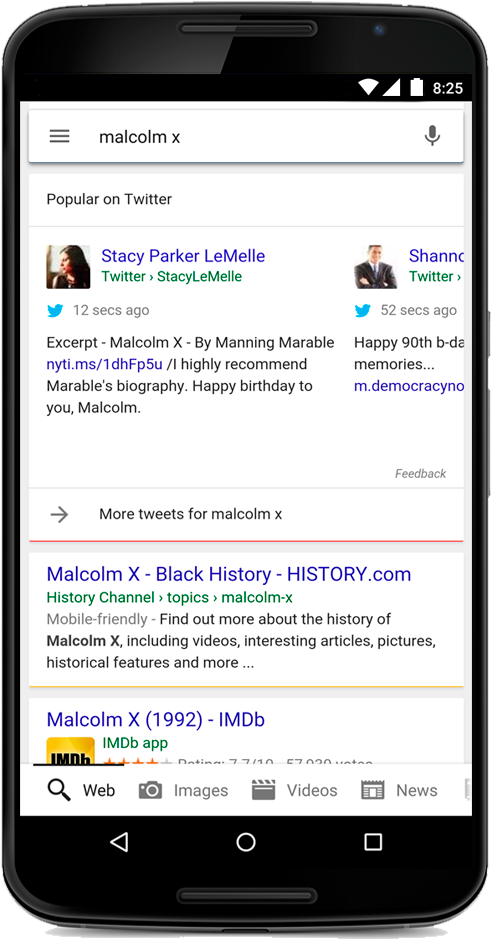 Many are already reporting seeing the Tweets within their results, but it is unclear how long the full roll-out will take.