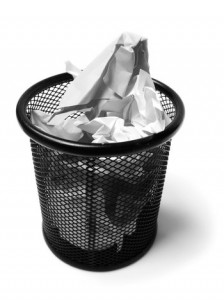 Two years ago Google unleashed Panda onto the world, and SEO hasn’t been the same since, especially when it comes to link building. Hundreds of thousands of sites have been penalized and some have made their way back to where they were, but countless others have perished or are still trudging along trying to recover.

Some of those sites were mostly innocent and got in trouble for just being a little too unscrupulous or not quite knowing what they were doing with link building, but the wide majority of these sites hit by penalties were flagrantly engaging in cheating trying to get their site’s traffic up by gaining a massive quantity of low quality links instead of a respectable number of solid links.

Still, those penalized have had to try to find a way to get their site restored to its former traffic rates and search rankings, and after two years of toiling away, the question eventually arises: “Should I just give up and start over?” Well, Eric Ward gives a simple question to that. “Are you going to do things differently with the new site than you did with the old site? If not, then it really doesn’t matter.”

Most of the websites unable to reclaim their former “glory” are still struggling because they haven’t wised up. The only way to be able to consistently rank highly on Google and Bing is to run a quality site people will want to visit. You can use SEO to get you there, but you can’t fake a good site.

'Retinize It' Saves You Time and Tedium

Who is Using Flat Design?

Is "Mix and Match" Typography The New Thing?