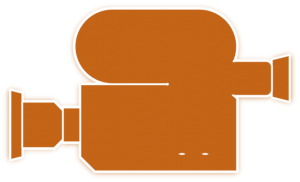 One of the most hated forms of internet advertising are videos that auto-play when you open a webpage. You might be surfing the internet, listening to some music, and suddenly the voice from an ad starts clashing with the song or blaring in the middle of a library. Yet these ads are all over the internet and Facebook has decide to make them a part of your News Feed. Are you cringing? Well, don’t worry. They made one important tweak which will make the experience much less annoying.

The social media giant announced today that they will begin testing News Feed video ads that auto-play when you scroll over them. The testing is going to be for a limited number of accounts during the test, but the ads will be very similar to the way user videos are shown in the feed. Search Engine Journal notes that Facebook began recrafting their video experience in September, making changes to make the experience more similar to Instagram. All you have to do is scroll past the video and it begins playing without a single click.

So what keeps these videos from being a huge annoyance? The videos don’t have sound unless you click to unmute it or expand the video you want to see. Facebook is keeping this functionality for their ads, so user experience won’t be disrupted by the tidal wave of ads playing over each other as you scroll down your feed. You can also bet advertisers will be crafting their ads around this functionality.

Facebook explained they don’t intend this format to be used for every video ad, and it is entirely different from promoting a post with a video in it. From their announcement:

This premium feature is specifically designed for awareness campaigns that are meant to reach a large number of people to increase interest in a brand, product or content, in a short period of time. Page post video ads can then come into play to sustain the message of this initial campaign over longer time periods, in more targeted ways.

Currently, the video ad units will only be shown from a limited number of individuals and pages, such as sports organizations or entertainers. Facebook also heavily stressed that the ads are currently only a test and the brand will make long term decisions based on what is learned from the test.