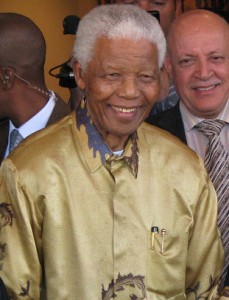 Not to be outdone by Bing, Google published their top ten lists of the year, centered around their list of global trending searches of 2013 and their annual “Year-End Zeitgeist” page. The list is dominated by public figures and huge events, but it also features a few entries from popular electronics released this year. However, unlike many other lists, the public figures are exclusively male, and mostly associated with tragedy.

Both Paul Walker and Cory Monteith, two star actors who passed at young ages, are on the list, and the highest ranked trending search of the year was awarded to Nelson Mandela, the recently deceased South African leader who has made such a huge impact on his home country and around the world. As Google says:

It’s perhaps unsurprising that the #1 trending search of 2013 was an international symbol of strength and peace: Nelson Mandela. Global search interest in the former President of South Africa was already high this year, and after his passing, people from around the world turned to Google to learn more about Madiba and his legacy.

Along with their Trending Global Searches list, Google published their Year-End Zeitgeist page, which lists more than 1,000 top ten search lists from over 70 countries. It includes topics such as the most searched celebrity pregnancies (Kim Kardashian), most searched Fortune 500 (Google), most searched for movies (Man of Steel), and the most searched TV shows of the year (Breaking Bad).

Of course, Miley Cyrus made a serious impact in search after her notorious MTV VMA performance, by contributing to the most searched “What is…?” question, which was “What is twerking?” She also won the most searched person of the year, showing controversy always leads to a surge of interest.

To top it all of, Google released a video to spotlight all of the highlights of the year:

Google launches its own ad blocker for Chrome

Can Hacking Get You Blacklisted by Google?

The Top Google Searches From The U.S. and Worldwide