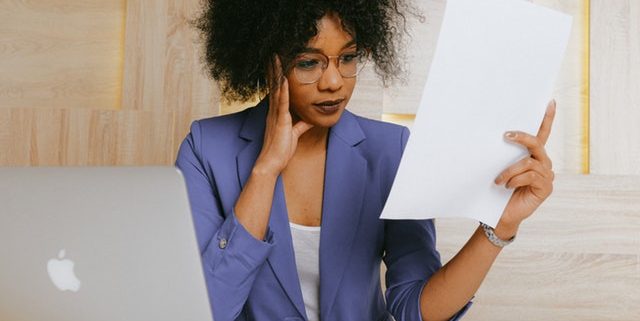 A new survey of over 900 Americans suggests many business owners may not understand the basics of search engine optimization (SEO), such as how Google ranks websites.

Compared to non-business owners, the 394 business owners surveyed were slightly more informed – though both groups showed a clear knowledge gap.

Based on the survey results, almost 1 in 4 business owners and more than 2 in 5 non-business owners said they were not at all or only vaguely familiar with SEO.

When asked specifically about how Google ranks pages, over 1 in 3 business owners and more than half of non-business owners said they had little to no understanding of the process. 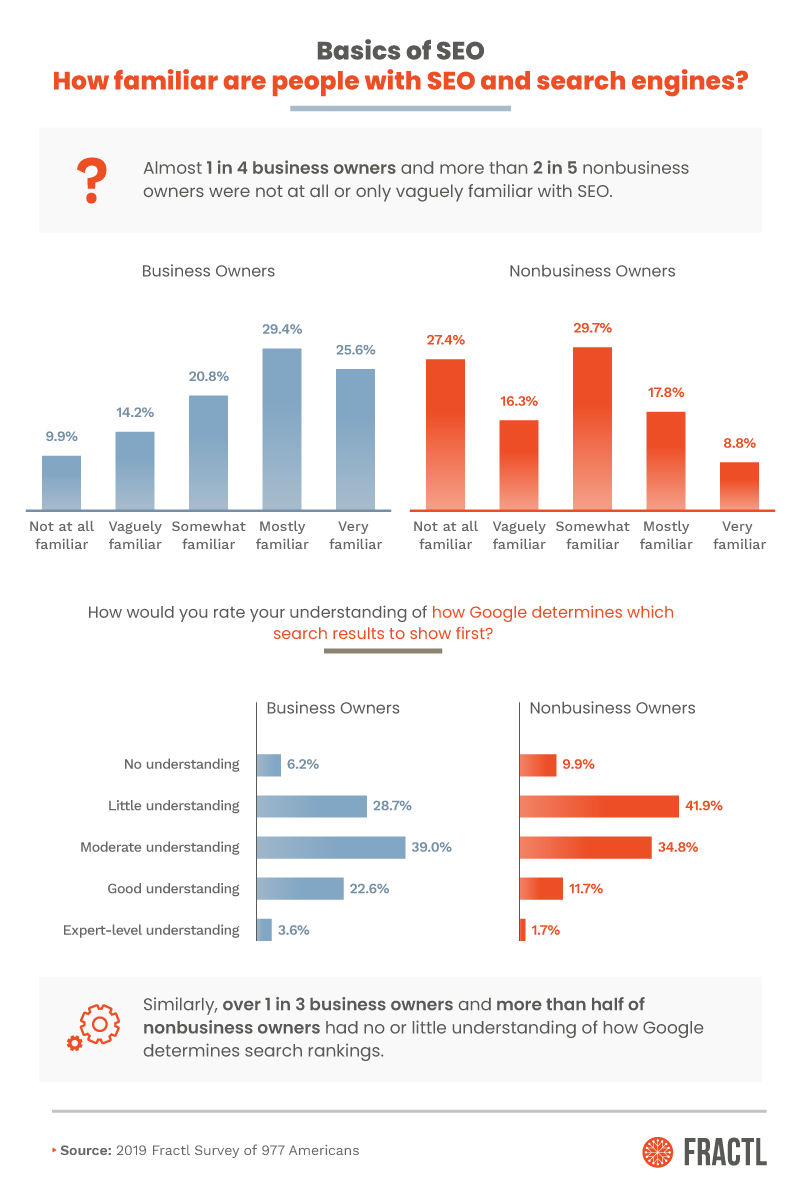 As Fractl, the company behind the survey, explains:

“Not only does that mean they might not be implementing the most effective content strategies and optimizing their websites appropriately, but they’re also likely missing out on low-hanging fruit, like improving site speed and considering site structure.

The good news is that if they learn about SEO now, they can make leaps in the right direction that will help them against their competitors.”

How About an Actual SEO Quiz?

Rather than entirely relying on self-reporting, Fractl also gave survey participants a simple 8-question quiz on SEO. When the scores were averaged, business owners received a 48.7% on the quiz, while non-business owners scored a 38.7%.

Notably, the majority of the survey participants said they believed SEO is either “moderately” or “very” important to the health of their business, indicating a disconnect between the desire to learn and having the time or access to resources to do so.

As the study concludes, “With greater SEO knowledge, companies can see massive gains in their marketing and sales goals and establish a foundation for greater long-term growth.”