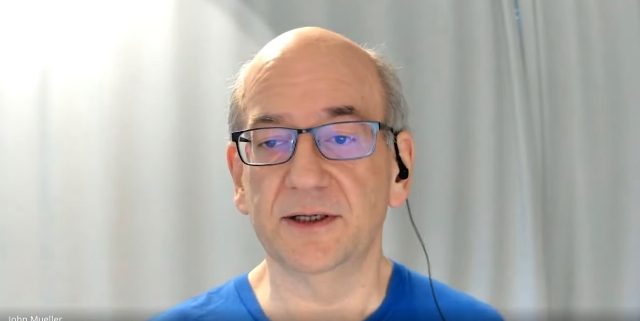 Google has always had a love-hate relationship with pop-ups or ‘interstitials’.

Since 2016, the search engine has reportedly used a ranking penalty to punish sites using aggressive or intrusive pop-ups on their pages. Of course, if you’ve been to many sites recently, you know these disruptive pop-ups are still common across the web.

In a recent stream, Google’s John Mueller clarified exactly how the interstitial “penalty” works, and why so many sites get away with using disruptive pop-ups.

During a recent Google Search Central office hours stream, Mueller was asked about the possibility of using mobile pop-ups on their site for a short period of time.

Specifically, the individual wanted to know if they would be devalued for using interstitials to ask visitors to take a survey when visiting the site.

Going even further, he explained that even if the site was hit with a penalty for the pop-ups, it could potentially continue to rank well in search results.

This is because the so-called “interstitials penalty” is quite a minor ranking factor in the grand scheme. While it can affect your rankings, it is unlikely to have a significant impact unless other issues are present.

Still, Mueller says if you are going to use pop-ups on your mobile sites, the best course is to only use them temporarily and not to show them to every visitor coming to your site.

There are two aspects that could come into play. On one hand we have, on mobile, the policy of the intrusive interstitials, so that might be something to watch out for that you don’t keep it too long or show it to everyone all the time.

With that policy it’s more of a subtle ranking factor that we use to adjust the ranking slightly if we see that there’s no useful content on the page when we load it. That’s something that could come into play, but it’s more something that would be a temporary thing.

If you have this survey on your site for a week or so, then during that time we might pick up on that signal, we might respond to that signal, and then if you have removed it we can essentially move on as well. So it’s not that there’s going to be a lasting effect there.

Ultimately, the take-away is to not overly fixate on being penalized specifically for using an interstitial pop-up on your site. Rather, put your attention on doing what is right for your website and what provides the best experience for visitors.

If you want to hear the question and full answer for yourself, check out the video below:

The Best Tools For Wireframing and Prototyping
Brittany Murphy and... SEO?
Ten Infographics About Responsive Web Design
Demographics and SEO - Targeting Your Pages
Why Prototyping Tools Shouldn't Keep You From Sketching
Web Design Revision Completed
Do You Know About Fitt's Law?
The Typographic Principles of Flat Design
0 replies

“Teaser” Web Stories May Soon Be Blocked From Google Discover and...
Scroll to top