Search engines and social media are battling for the top spot as the leading source of referral traffic to publishers on the web. Recent accounts suggested that social media may be taking the lead.

However new data from Parse.ly, a content analytics platform that counts Reuters, Mashable, Slate, and The Next Web among its many clients, shows that search has retaken the lead from social media as the top source of referral traffic in March of this year.

Parse.ly’s publishers saw 32.8 percent of its traffic coming from search in March, compared to 31.2 percent from social media. That is the exact reverse of results from data, when data showed social traffic outdid search 32 to 30 percent.

Overall the trends still favor social media, despite the good month for search in March. If you look at reports from further back, it becomes clear that search has been steadily losing ground. In October 2013, Parse.ly reported search was by far the dominant source of traffic at 36 percent, compared to only 22 percent for social. 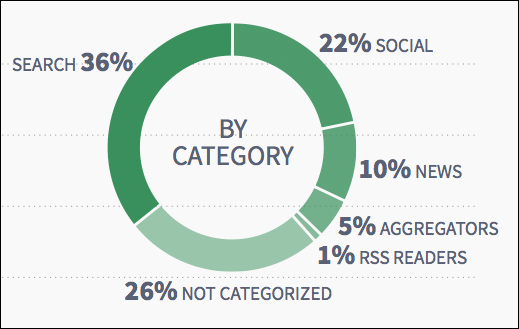 Google sites were still the No. 1 overall source of traffic for the analytics platform’s clients during the most recent reporting period, with Facebook coming in second. Those two net giants were significantly higher sources than any other individual sites.

Turn Your Fans Into Loyal Customers Through Social Media

Facebook Says They Aren't Targeting Memes, Instead They Judge Quality By The Source
0 replies