The survey polled 125 agencies, brands and publishers on their plans for video advertising this year. According to their results, 87 percent said they plan to run video ad campaigns on Facebook, compared to 81.5 percent on YouTube.

Facebook video’s rise has been incredibly quick, following a revamp of the service early last year. Since then, the platform has claimed incredible viewing and sharing stats for videos which are attracting many advertisers. 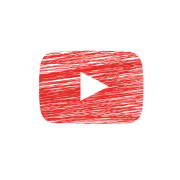 Dive Into Your YouTube Analytics With New Data Comparison Tools

Seven Mistakes That Can Kill Your Site

Don’t Fear The Google ‘Mobilepocalypse’ With This Infogra... Pew Study: Facebook Still The Leader Among Teens
Scroll to top