As of yesterday, SearchMetrics 2014 ranking factors study is available to study, and they claim this year’s is the largest study they have ever done, with almost 100 pages and dozens of new ranking factors to review such as time of site, bounce rate, fresh links, and others.

Most importantly the study may answer one of the biggest SEO questions of the year; is content really the new king of search marketing? According to this report, the mantra of the SEO industry over the past few months is in fact true, as Marcus Tober comments that content is “no longer an addition to, but is the main focus of, SEO.”

Barry Schwartz broke down the most prominent ranking factors for Search Engine Land if you want the quick version, or you can get the full report directly from the source here. 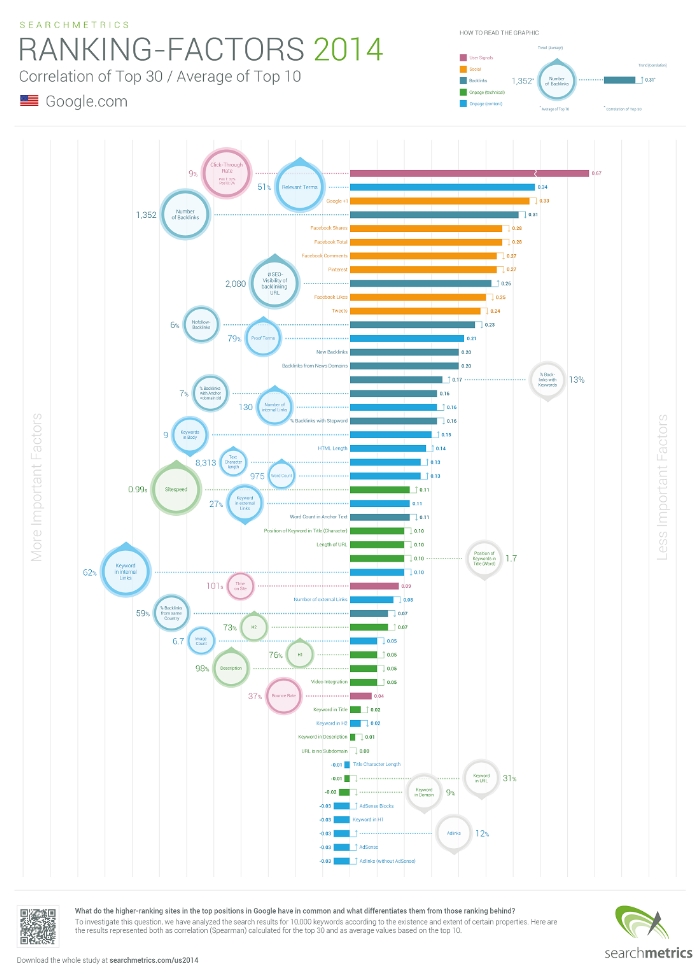 Twitter is the Latest Site to Roll Out a Major Redesign

Almost 65% of Google Searches Don't Lead To A Website Visit