Less than a year ago, Google unleashed an update called the “webspam algorithm” that seemed innocuous at first, until experts began to notice how widespread its effects were. The impact of the update was so large, Google eventually gave it an official name more in line with their other update, Panda. The “webspam algorithm” became Penguin. 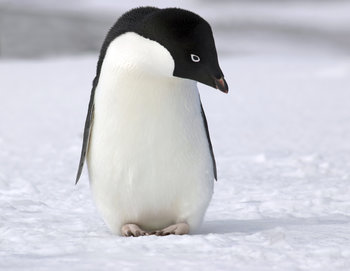 The original name for the update was an accurate description for what this update did. It was aimed to demote sites violating the Webmaster Guidelines for Google, specifically sites full of webspam. These sites used manipulation to improve their rankings in the search engines, but some innocent sites were affected, and more have been affected by each subsequent update to Penguin.

These “black hat” methods such as keyword stuffing, cloaking, participating in link schemes, and purposefully using duplicate content had been around on the internet since SEO has existed (pretty much as long as the internet has been widely used), and Penguin sought to finally deal with the spammers, but with it a new set of rules for SEO were created.

Pratik Dholakiya has collected these rules into “The Definitive Guide To Penguin Friendly SEO” which explains which methods have been shunned and what new techniques are favorable for SEOs.

If you were actively using black hat techniques, you won’t find new ones to continue spamming in a different way, but for any SEO looking to legitimately improve their search performance with good content and practices, this list will help steer readers away from any bad methods.

Forbes Talks About Value of SEO

How Can Local Businesses Optimize for Google Carousel?