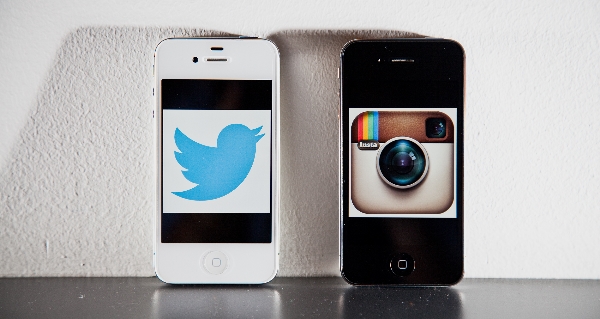 Instagram made big news recently by speeding past Twitter in active users, reaching 300 million to Twitter’s 284 million. Perhaps surprisingly, Twitter’s board members didn’t seem concerned by the numbers. Evan Williams, Twitter co-founder and board member didn’t mince words when he reportedly told Fortune “I frankly don’t give a s*** if Instagram has more people looking at pretty pictures.”

Well, if the last report wasn’t enough to give Twitter’s board pause, maybe a new study on brand engagement will make them less flippant.

By comparing three months of data ending December 9, Socialbakers found the average Instagram post for a major brand has a per fan engagement rate of 3.31% (counting likes and comments), whereas top brands on Twitter only receive an average rate of 0.07% per tweet including retweets, replies, and favorites.

Throughout the three month period of the study, brands included averaged 38 times more total interactions on Instagram (6.5 million a month) compared to Twitter (167,000). Socialbakers didn’t release a full list of included brands, but they did divulge five brands appearing on the lists for both Twitter and Instagram: Victoria’s Secret, Starbucks, GoPro, Forever21, and Aeropostale.

Socialbaker’s report isn’t much of a shocker in light of past reports. A previous Forrester Research study released last May found Instagram’s per follower engagement rate for major brands to be an astounding 120 times higher than Twitter.

Design Rules From Magazines That Work In Any Medium
Veritasium Creator Derek Muller Says Facebook Advertising Is Broken
Mobile Design Misconceptions Debunked
Mobile Search You Never Thought Of: In-App Search Engines
How To Get People To Share Your Brand's Videos
Local Search Rank Factors for 2013: The Infographic
Easy Ways To Save Money As A Designer
Google Now Offers Food Delivery Thanks To Partnership
0 replies