In the post, Google explored how site owners are getting hit with manual penalties, going through the extensive efforts to get the penalty revoked, and immediately going back to their old spammy ways.

However, Google says these people aren’t slipping under the radar like they may think. The Search Quality Team explains even the most subtle changes get picked up by the search engine:

“For example, a webmaster who received a Manual Action notification based on an unnatural link to another site may nofollow the link, submit a reconsideration request, then, after successfully being reconsidered, delete the nofollow for the link.”

These type of shenanigans won’t get anyone on the friendly side of Google, and repeat violators will see further reconsideration requests become harder and harder to earn. While they won’t say exactly what penalties to expect, they also say that sites it determines were deliberately attempting to spam will be hit with “further actions”.

It can sound tempting to try to earn some short-term gains by bending and breaking the rules, but in the long run you are digging your own grave. Google doesn’t forget, and it certainly won’t stop checking on your site after you get a penalty removed. If you want to stay out of trouble, make sure you stay on the right side of the Webmaster Guidelines. 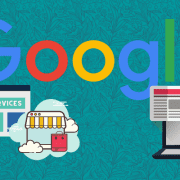 Will You Alter Your Searches After The Internet Privacy Scandal?

Google is Not Immune to Error

Familiarize Yourself With Enhanced Campaigns

Does Google Rank Blog Posts Differently Than Other Parts Of Your Site?
0 replies