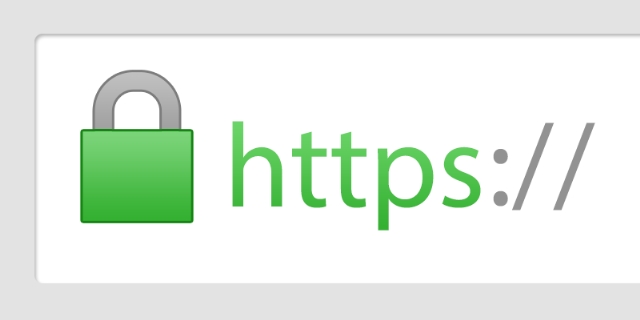 Between the countless public hacks, identity thieves, and an increasing awareness of how vulnerable personal information is, protecting customer’s personal data has become a hot-button topic over the past year.

Perhaps this may be why an increasing number of sites are switching to the more secure HTTPS web security protocol. In fact, a new report from Moz suggests the more than half of first page listings on Google are using HTTPS.

While Google has suggested site security could potentially influence a website’s ranking, Moz says the steady growth of HTTPS suggests the rise is more likely attributed to sites making the switch – not an algorithm update. Google has also stated that it has no plans to increase the weight of HTTPS on rankings in the future.

To verify the findings, Moz worked with Rank Ranger who produced almost the exact same results using its system.

Dr. Pete Meyers, who reported the findings for Moz, believes up to 65% of front page results on Google could be using HTTPS by the end of the year. This is entirely possible, given that Chrome is set to begin marking non-HTTPS pages as non-secure if they ask for personal information such as a password or credit card information.

Interestingly, the growth of HTTPS appears to be fairly equal across markets. The results suggest approximately half of the biggest names in Google search results have adopted the security protocol, while newer pages are using HTTPS because it is inexpensive and easy to use.

Google Search Goes Truly Multilingual
Celebrate Get Your Business Online Week
The Comprehensive Guide To Unnatural Links and Their Penalties
How Does Site Speed Really Affect Search Rankings?
Google Knows What Your Boyfriend/Girlfriend is Thinking
Google Maps Lets You Explore The Tardis and Warns You About Walking Into Mordor
How To Protect Your Website From Spam and Other Vandalism
Three Reasons You Shouldn't Care About Rankings
0 replies

Built-In Ad Blocker Is Coming To Google Chrome Digital Ad Spend Jumped in 2016, All Thanks To Mobile Advertising
Scroll to top