Facebook is usually rather tight lipped about how it measures the impact and views for ads on their site, but today the social media giant offered some rare insight by saying the company doesn’t believe advertisers should be charged unless ads are seen by real people.

This might seem like common sense, but it is actually common for online advertising services to measure impressions based on how many ads are ‘served’, not how many are ‘viewed’.

Ads are counted as being ‘served’ so long as the ad renders anywhere on pages that are opened, even if the ad ends up never actually appearing on the screen. On the other hand, ‘viewed’ impressions only counts if they are displayed on the screen.

The metric isn’t perfect. There is no fool-proof way to ensure someone scrolling down a page will actually glance at an ad, as most Facebook users can tell you. Still, Facebook’s method of measuring impressions seems to be a more accurate and fair way of counting ad views than is typically used.

Facebook explains why it counts viewed vs served ad impressions in their blog post on the subject:

The company hopes to expand this measuring method to organic posts on the site in the next few months.

What is CCPA and Does It Apply To You? 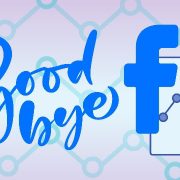