Facebook announced a new video offering for small businesses called Your Business Story, which would allow Pages to easily create and share montage-videos incorporating still images and music. At the same time, the company let slip that it now has over three million advertisers.

Your Business Story is a simple tool similar to the previously announced SlideShow offering. The company didn’t say anything about ads being included in the platform, but the note about their recent advertising milestone suggests the new offering will eventually work its way into Facebook Ads.

To celebrate the businesses that use Facebook to grow, we created Your Business Story — a tool that makes it easy to create a video that shows what your business brings to the world. Because we believe the best way to tell the story of three million businesses is to empower each one to share their own. 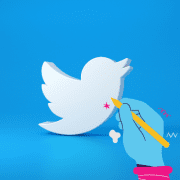