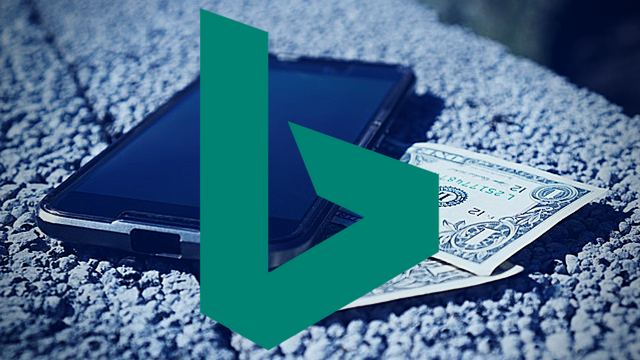 It’s no secret that there are lots of bad people trying to operate scams online. Bing’s latest report on bad ads makes that crystal clear, as the search engine has removed over 130 million ads and banned 175,000 advertisers in just the last year.

Somewhat surprisingly, that number is actually 120 million fewer ads than in 2015. In comparison, both those ads combined are still dwarfed by Google’s 1.7 billion blocked ads in 2016.

As the Bing Ads’ Ad Quality in Review 2016 report explains, the ads were rejected for “direct policy compliance issues or intention to mislead users.” It continues:

“We introduced new policy around software download advertising that reduced unwanted and potentially malicious ads for many top free software programs. We ramped up systems that detect browser hijacking ads, phishing attempts, scareware ads, ads targeting the most common sites on the internet, and ads with multimedia content. We also enforced policies directed towards gender determination ads to comply with country specific regulations.”

The report specifically highlights six different types of bad ads it removed in 2016: 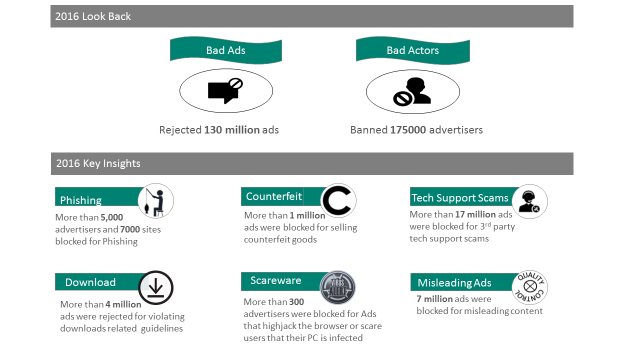 Bing emphasized the scale of their efforts with a final comparison, saying “if one person took a minute to find and take down a bad ad or actor, it would take them nearly 500 years to remove the same number of bad ads or actors found by our automated methods in 2016.” 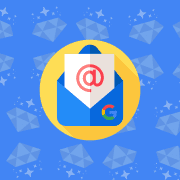