Like Google, Bing has been increasingly focused on delivering a mobile-friendly version of the web to its growing number of mobile users. Now, Bing has released a tool to help webmasters ensure their site meets the search engine’s standards for mobile-friendliness.

Specifically, the tool reviews your site based on the following criteria to decide if your site is mobile-friendly:

The tool will also notify webmasters if any of the above criteria were inaccessible or blocked, so you can remedy the problem. 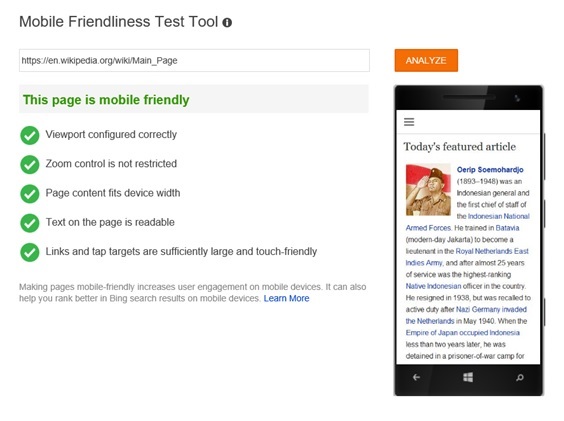 Like the tool Google offered shortly before it released its “Mobile-Friendly Algorithm”, Bing’s tool delivers an overall verdict as to whether you site would be considered mobile-friendly by the search engine. 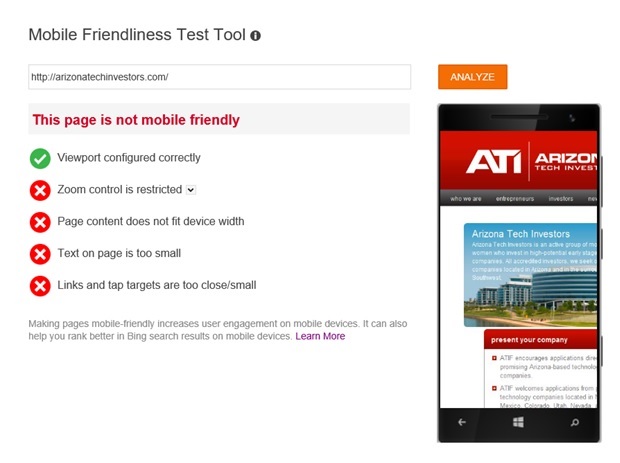 It will also explain what issues it detects and explain why your page fails, if that is the case.

Both Bing and Google’s tools reportedly detect essentially the same things, with little difference between the ultimate results. However, Bing’s tool is significantly faster and easier to use.

The Most Important Elements Every Company Needs On Their Homepage [Infograp... AdWords Announces Two New Features For The Holiday Shopping Season
Scroll to top