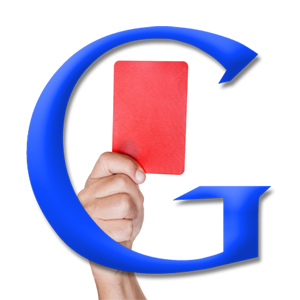 You would think most guest blog networks would be watching their steps in the wake of the widely talked about penalty levied against MyBlogGuest, but one network named PostJoint has remained steadfast, if not cocky. Unsurprisingly, that means they are the lucky recipient of the second penalty Google is giving to a guest blog network.

Last week, someone tweeted to Matt Cutts that PostJoint had been hit, and it didn’t take Matt long to confirm that action had been taken, stating that “any link or guest blog network that claims to have ‘zero footprints’ is waving a giant red flag.”

@techtada any link or guest blog network that claims to have "zero footprints" is waving a giant red flag.

When Cutts first began to talk about guest blogging being done for, both PostJoint and MyBlogGuest were outspoken in their defense. The operators of MyBlogGuest tried to argue that they didn’t fit the definition of a guest blog network, and PostJoint tried to explain how they were different from MyBlogGuest after their penalty. Neither defense managed to protect either network.

Perhaps the most entertaining part of the penalty is the response PostJoint has given in their blog titled “Matt Cuts Us Out“. The short story is that PostJoint is confused about the warnings they received while openly admitting that at least 16% of their network received the unnatural links notification.

All of that leads them to conclude: “The fact that only 16% of our sites have been hit shows that Google can’t infact trace all of the sites using PostJoint.” Clearly, PostJoint doesn’t understand how Google’s penalty system works.

Quick News of the Week – April 18, 2014 Common Website Mistakes Businesses Make and How We Can Help
Scroll to top