As Google rolls out more mobile ad formats and targeting measures for marketers, the customers seeing the ads appear to be more readily engaging advertisements from their smartphones and tablets. 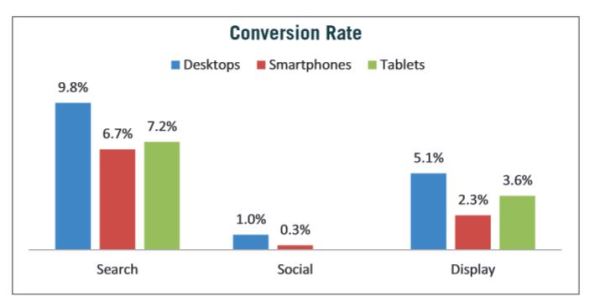 A new study from Marin Software shows that consumers are starting to use mobile ads to complete purchases, but desktop is still the dominant platform for conversions. Other interesting facts from Q3 of 2014 included in Marin’s report are:

The findings also make it clear that Search ads are performing miles better than Display or Social ads. More-so, while smartphones may not be the most prominent medium for conversions, they consistently gain the highest rate of clicks. 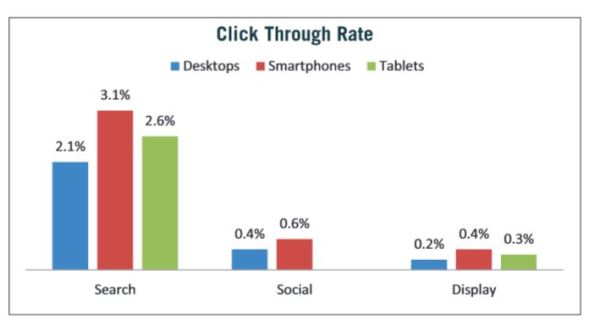 Marin says the large difference between Search CTE and Social or Display CTR can be attributed to intent. Searchers tend to be actively looking for something, meaning ads will be more tightly focused. On the other hand, those on social sites or Display ads which appear while users are already engaged with something else are less attention getting.

Split-Testing Can Optimize Your AdWords Campaigns
The Four Basic Parts of SEO
How To Dominate Search With Content Marketing
A Bruce Springsteen Ad Shows The Importance of Nailing Your Negative Keywords
Now Use AdWords Express To Promote Your Google+ Page
Google Introducing Credit Card For AdWords Buys
How To Avoid A Penalty From The New Penguin Update
Google Finally Explains The Removal Of Right Rail Ads ... Kind Of
0 replies