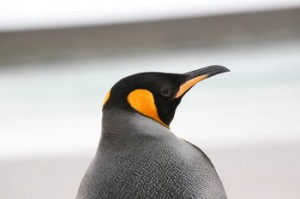 Penguin 2.0 only affected 2.3% of search queries, but you would think it did much more from the response online. Ignoring all of the worrying before the release, there have been tons of comments about the first-hand effects it seems many are dealing with in the post-Penguin 2.0 web. Those spurned by the new Penguin algorithm have even accused Google of only releasing the update to increase their profitability.

Matt Cutts, head of Google’s Webspam team, used his recent Webmaster Chat video to attack that idea head on. The main question he was asked is what aspect of Google updates Cutts thinks the SEO industry doesn’t understand. While Matt expresses concern about the amount of people who don’t get the difference between algorithm updates and data refreshes, Cutts’ main focus is the concept that Google is hurting web owners to improve their profits.

Most notably, the algorithm updates simply aren’t profitable. Google experienced decreases in their revenue from almost all their recent updates, but Cutts says that money isn’t the focus. Google is aiming at improving the quality of the internet experience, especially search. While site owners using questionable methods are upset, most searchers will hopefully feel that the updates have improved their experience, which will keep them coming back and using Google.

Cutts was also asked which aspect of SEO that we are spending too much time on, which leads Cutts to one of the main practices that Penguin focuses on: link building. Too many SEOs are still putting too much faith in that single practice though it is being destabilized by other areas that more directly affect the quality of users’ experiences such as creating compelling content. Instead, Matt urges SEOs to pay more attention to design and speed, emphasizing the need to create the best web experience possible.

Cutts’ video is below, but the message is that Google is going to keep growing and evolving, whether you like it or not. If you listen to what they say and tell you about handling your SEO, you may have to give up some of your old habits but you’ll spend much less time worrying about the next algorithm update.

Google Lets Users Browse Your Inventory From The Search Results
Does Grammar Hurt Your Rankings? Revisited
Learning From a Post With 100,000 Views: A Case Study
Google Attacks Sites Putting Fake Pages Into Histories
Just How Much of the Market Does Google Actually Control? Making Sense of Conflicting Reports
Which Search Engine is Best?
Google's April Fools Pranks for 2010
Google+ Now Allows You To Pin Your Most Important Posts
0 replies