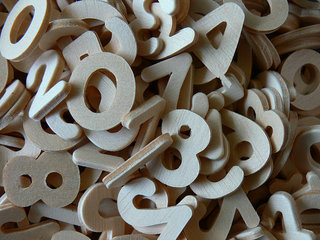 In the past decade, typography has re-risen as a huge interest for designers and artists of all kinds, to the point that it is possible for one to make a living designing type and custom lettering.

But, as with any newly popular area, the renewed popularity has come with misinformation and misunderstanding to what typography and lettering are. With all of the talk surrounding typography, now is as pertinent of a time as any to set the record straight on what it really is. Joseph Alessio explains it all in depth at Smashing Magazine, but I’ll walk you through the basics here.

Typography is basically how letters are arranged on a surface, and the term has existed since the creation of movable type printing systems. It is actually a subset of lettering, as it is concerned with how letters are applied to typefaces.

The most simplified and easily understandable explanation comes from Gerrit Noordzij, professor of typeface design at the Royal Academy of Art in the Hague from 1960 to 1990, and his definition helps show how typography is different from the broader category of lettering. Typography is “writing with prefabricated characters.” This makes it clearly distinct from lettering, handwriting, and even graffiti, because those types of writing do not use repeatable sets of characters.

Lettering is simply “the art of drawing letters” as Alessio puts it. While lettering can cover a huge area of character creation, it is easiest to think of it as custom letterforms created for a single use, usually focusing on the overall composition, rather than strict adherence to established characters. It can be made on the computer, but not by laying different fonts next to each other.

The two are easily confusable, and it is of little surprise that their definitions have largely become entangled, but understanding the differences can help you communicate what you want more easily, as well as keeping you from looking uninformed at an important moment.