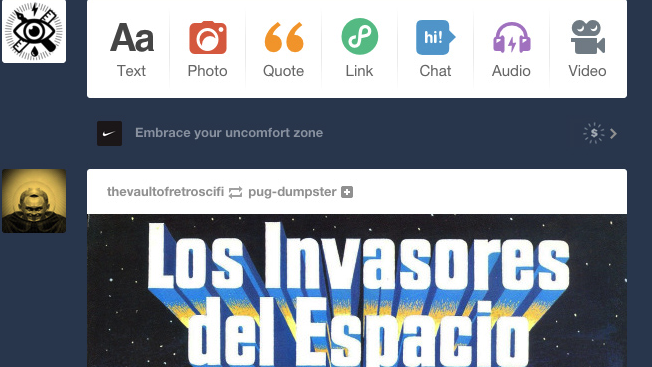 Do you ever wish your company could just take over the web for one day? Well Tumblr will help you do the next best thing with its new ad product Sponsored Day. It doesn’t let you rule over the entire internet, but it does allow you to “take over” Tumblr in a way, by showing small, non-obtrusive ads to all users around the entire world, or within a single country.

According to AdWeek, the new ads will include a company icon accompanied by text and a dollar sign to signify the placement was paid for. The ads go live at midnight ET and run for the entire day. Perhaps best of all, the ad service is open to everyone, not those with a Tumblr page.

“It’s the single biggest and boldest way for marketers to make a statement on our platform,” David Hayes, head of creative strategy at Tumblr, told Adweek. 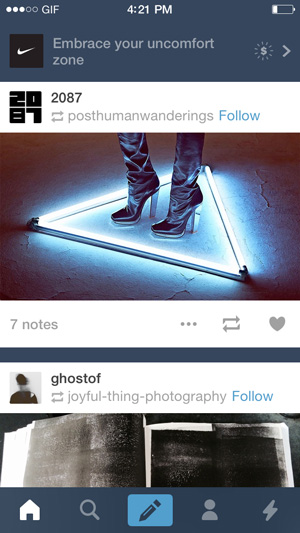 Nike is setting the trend with the ad type by running a global buy campaign for their “Better for it” Tumblr campaign. The campaign pushes to sell the company’s line of women’s workout gear with a cohesive, integrated media push.

If desktop users click the Sponsored Day ad, they are led to a short video for the sneaker company. Mobile users will instead be shown a static image.

Tumblr claims the Sponsored Day ads can have a worldwide reach of 460 million consumers, and several companies are already lining up to follow Nike’s lead.