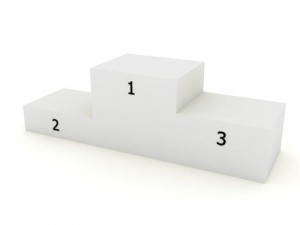 New research from Compete.com is suggesting being the first result on a SERP can make a huge difference from being second.

The analysis comes from “tens of millions” of consumer-generated search engine results pages from the last quarter of 2011. It also had some really interesting findings. 85 percent of all listings shown are organic, with only 15 percent paid search listings.

Out of the organic listings, 53 percent of clicks are going to the very first result, with the second result only seeing 15 percent, and all others getting even less.

Analysts from Compete.com summarize “since the vast majority of listings on a SERP are organic, and the majority of clicks are on the first listing, it’s imperative that brands strategy including constantly monitoring results due to the ongoing evolution of search engine algorithms.”

Overall, it is important to get your listings in the top position, if you want your page to be getting attention. For graphs and analysis of the results, read Miranda Miller’s article at Search Engine Watch.

What Is AuthorRank and Why Does It Matter?

The Easiest Ways To Lose Clients

Responsive Icons: The Next Big Trend in Web Design?

The Myths and Misunderstandings of Mobile SEO

What New PPC Reports Did You Miss Out On Recently?
0 replies