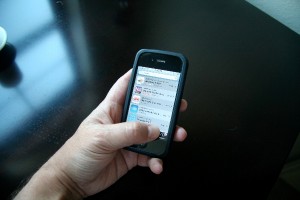 You would think the sky is falling given how webmasters and online marketing experts are responding to Google’s huge upcoming mobile algorithm. Sites are tossing around all manner of terrifying nicknames such as the mobilepocalypse, mobilegeddon, mobocalypse, or mopocalypse to stir up fear and panic, but the truth is the upcoming update shouldn’t be all that scary for you.

If your site serves mobile users and you care at all about your customers, you should already have made efforts to make your site mobile-friendly. While a big ranking drop seems frightening, the truth is that mobile users are probably already avoiding your site. Don’t think of the upcoming change as being forced to change your site to please search engines. Thank of it as improving your site for mobile users.

Countless sites are talking about the “mobilepocalypse” as if the world is ending, but I’ve already covered the simple set of steps you need to take to check that your site is ready for the mobile update. If you aren’t passing Google’s mobile test, this infographic from Nine Hertz will walk you through what needs to be done before the 21st.