With each new study focusing on consumer behavior, smartphones are proven to be even more integral to our purchasing habits than many of us may realize. I think everyone is aware of the increased importance of smartphones and mobile browsing in the market, but it may still be surprising that the majority of consumers (up to 60 percent) exclusively rely on mobile for purchasing decisions within the categories of telecom, restaurants, auto, and entertainment.

Numerous analysts suggest the rise shown in the third-annual Mobile Path-to-Purchase report from xAd and Telemetrics could be partially caused by an increase in consumer satisfaction in mobile devices and tablets, both rising 2 percent from 2013. Smartphone satisfaction grew to 61 percent, with tablets increasing to 68 percent.

According to the study, the most common reasons for dissatisfaction included not enough information, slow connection, or a small screen. While website owners can’t control the size of screen their users have, they can improve the amount of information on their site, increase load speeds, and optimize their design for smaller mobile screens. 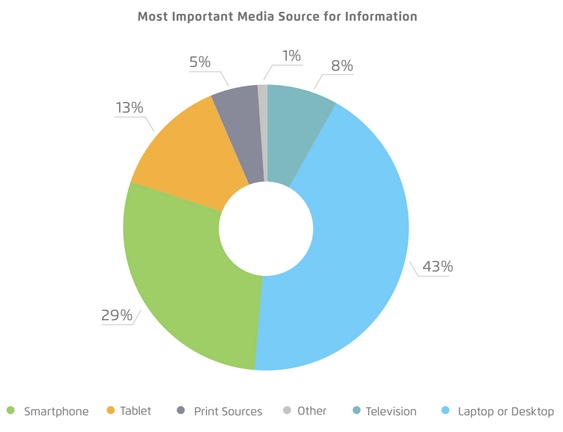 The increasing relevance of smartphones in shopping habits continues, with smartphones showing a 26 percent increase from 2013, with 29 percent citing it as the most important shopping tool in 2014. A quarter of users also said they utilized mobile devices on the entire path to purchase, from research, to comparison, to conversion.

“Capturing consumer engagement points throughout the mobile path to purchase is essential to optimizing mobile ad programs to reach consumers when they are most open to options for fulfilling their purchase needs,” said Bill Dinan, president of Telmetrics.

How To Overcome Designer's Block

How to Format Your Blog For Success

The Guide To Great Typography

Is Twitter Ads Worth Your Interest? Negative SEO is Getting Easier
Scroll to top