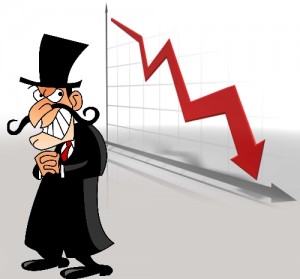 As “rare” as negative SEO may be, it has managed to cause serious problems for sits as large as Expedia, and it has been enough of an issue for Google to have to reword their own documentation on the subject.

If you’ve yet to run into any cases of negative SEO, it is a practice of using purposefully bad SEO against a competitor. For example, it is possible to point huge numbers of low-quality links towards a competitor’s site and potentially cause the competitor to be punished by Google’s Penguin algorithm. Penguin is designed to take down sites who build backlink profiles filled with low-quality links in order to cheat the search engine for high rankings.

You would think search engines would be actively trying to fight the possibility of SEO companies using their skills against competitors or former clients, but according to Search Engine Roundtable, it is only getting easier.

Barry Schwartz reported on a conversation occurring over at WebmasterWorld, where a site administrator going by Engine said “negative SEO is now much easier to do than it was prior to google’s latest updates.”

It turns out, the majority of webmasters and SEOs seem to agree. The overwhelming response to the question on WebmaserWorld agreed with Engine’s statement, and over 70% of the respondents to a poll on Search Engine Roundtable sided with those who believe negative SEO is getting easier.

Considering the latest algorithm updates from Google are receiving the majority of the blame for this trend, it isn’t particularly surprising they remain relatively mum on the issue. But, business owners have every right to be concerned. Hopefully, Google’s next big algorithm they unveil will be aimed at protecting innocent webmasters from the “black hat SEOs” who use such destructive practices.

The Top Brands On Twitter Are Tweeting 12 Times a Day
What Are Semantic Mark-Ups and Why Do They Matter?
Dispelling Some Of The Crazier Linking Beliefs
Survey Says Small Businesses Choose Facebook For Social Media Marketing
Google Isn't Releasing Unnanounced Penguin Updates
Facebook Says They Aren't Targeting Memes, Instead They Judge Quality By The Source
'Retinize It' Saves You Time and Tedium
The Majority of Consumers Use Mobile Exclusively to Make Purchasing Decisions
0 replies

The Majority of Consumers Use Mobile Exclusively to Make Purchasing Decisio... Quick SEM News of the Week – June 6, 2014
Scroll to top