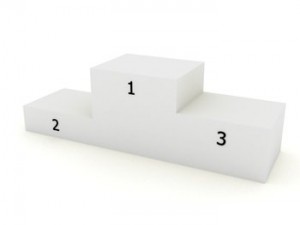 A WebmasterWorld thread from roughly a month ago brings up an interesting question for us SEO professionals. While we focus on the algorithms we know about such as Penguin or Panda, it has long been suggested that Google could also be using different ranking factors depending on the industry a site fits within. In other words, sites for roofing companies would be being reviewed and ranked according to different standards than sites for tech companies.

Well, Matt Cutts, the head of Google’s Webspam team and trusted engineer, took to that thread to dispel all the rumors. He doesn’t deny that Google has “looked at topic-specific ranking.” Instead, he says scaling was the issue. In his answer, Cutts explains, “We have looked at topic-specific ranking. The problem is it’s not scalable. There’s a limited amount of that stuff going on — you might have a very spammy area, where you say, do some different scoring.”

He continued, “What we’re doing better is figuring out who the authorities are in a given category, like health. If we can figure that out, those sites can rank higher.”

While Google says they aren’t using different algorithms for different industries, it has been announced that Google uses Subject Specific Authority Ranking, which helps authorities in varying topics to be selected as the most reputable on that subject.

Of course, looking at the comments from SEO Roundtable, who reported on the WebmasterWorld thread, it is clear many don’t necessarily believe Cutts’ statement. Some say they have “always seen a difference in industry types,” while others argue that different industries necessitate using different ranking factors or algorithms due to lack of specific resources available to that industry. For example, industrial companies don’t tend to run blogs, which means creating new content through blogging shouldn’t be as honored as it is on other topics like health and tech with a lot of news constantly coming out.

For now, all we have to go on is Cutts’ word and our own experiences. Do you think Google is using different algorithms depending on industry? Do you think they should be?

Mobile Applications v. Mobile Websites
Google Is Testing Letting Brands Post Straight To The Front Page of SERPs
SEO is More Than Keyword Targeting, Some Learn the Hard Way
Google To Unverify Inactive Google My Business Listings
The Alphabetical Guide To Great Banner Design
Cut Down On Coding Time With a Design Cheat Sheet
Quick News of the Week - April 18, 2014
Google Instant and SEO - How Is SEO Affected by Google Instant?
0 replies

Learn How To Use Color By Understanding Their Meanings [Infographic] What Skills Do Employers Expect Designers to Have?
Scroll to top