More and more businesses are attempting to establish themselves online, but when you’re working with limited resources it can be tempting to cut corners. It can sound easy to manage the basics of SEO with some cursory searching, and many SEO guidelines are either woefully out of date or simply preach bad practices which can lead to short-term success.

Experienced SEO professionals have learned how to keep up to date with the latest changes in search and avoid being smacked with a huge penalty, but those who are new to the industry or are trying to handle SEO as a hobby can end up walking their site right into the fire. If you don’t believe bad SEO can be so dangerous, just look at the recent headlines about the lyric website Rap Genius.

Rap Genius is similar to any other website you’ve gone to for the lyrics to your favorite songs, but (as the name suggests) it is almost entirely focused on hip-hop music. What made it distinct from the other lyric resources out there was the ability for community members to annotate the lyrics with context or explanations which can make more abstract songs easier to understand.

Over Christmas, Rap Genius also became notable for being the first popular lyric website to be hit with a massive Google penalty which has wiped their website off of the search results almost entirely. If you Google any for of Rap Genius related topics right now, you won’t find any results from rapgenius.com anywhere on at least the first four or five pages. You can still find links to their Twitter account, Facebook profile, and Wikipedia page, but the majority of the results at this point ironically focus on the SEO scandal.

Rap Genius has been using link schemes to manipulate Google’s rankings, and it appears they have been for a while. It could explain their quickly growing popularity up until this point, but their tactics were brought to the attention of Google’s search spam team, and soon after they were gone from the listings. It appears the scheme that got them into trouble was an “affiliate” program which encouraged bloggers to share  links with keyword heavy anchor text directing to Rap Genius in exchange for tweets from the lyric site.

The founders of Rap Genius issued a (sort of) apology, saying:

We effed up, other lyric sites are almost definitely doing worse stuff, and we’ll stop. We’d love for Google to take a closer look at the whole lyrics search landscape and see whether it can make changes that would improve lyric search results. 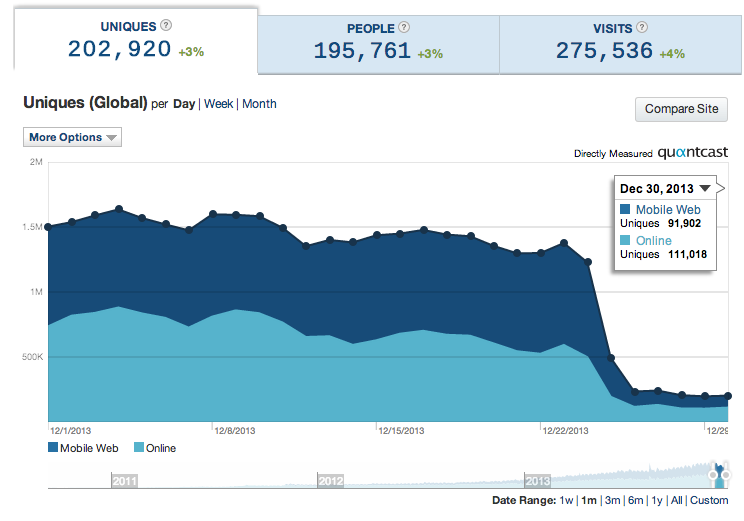 They still defend their actions, though they have sworn not to continue them, so it can be hard to take their resolve all that seriously. Even if they haven’t learned from their SEO problems, the stats since the penalty should be enough to convince you not to follow in their footsteps. Since the outage, Rap Genius has lost 80% of their traffic, and they are down in search visibility by 92%.

Simply put, shady SEO tactics might find you short term success like what Rap Genius enjoyed, but you will also suffer the same downfall for not following the latest guidelines or trying to game the system.

Google says there is no perfect recipe for optimization

Google Reveals It Has Two Ways To Crawl Web Pages

20 Movies You Should Watch On Netflix Before Their License Expires What Can You Expect From Social Media In 2014? Even More Advertising
Scroll to top