Google has worked for years to ensure speakers of all languages can use and benefit from their search engine. But with the increasing use of conversational and voice search, another issue has risen.

Millions of people around the world are at least partially multilingual, including up to 20 percent of the U.S. population. Starting today, Google can now understand those languages at the same time.

As announced in a blog post from today, multilingual people can change their settings one time and then speak in any of up to five of Google’s 50 understood languages and be understood. Before, users could only use a single language at a time, but now they can switch between languages as they are most comfortable.

Now, you can just make a small, one-time change to your settings, and then you can switch back and forth easily. Google will automatically detect which language you’re using. (For now, you need to stick to one language per sentence though.) You can select up to five languages total—enough to satisfy all but the most advanced polyglots. Whether you get a spoken response from Google depends on the language you use and your query (and you’ll see more languages and features added over time).

While this is beneficial for many Americans, this could be seen as downright revolutionary for many areas of the world where children and immigrants speak the native language and an adoped dominant language interchangeably. 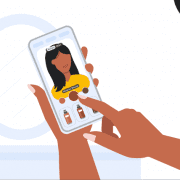