Remember when Facebook Likes meant everything when it came to getting exposure on the largest social network in the world? Well, these days it’s all about Loves. Or more specifically, Reactions.

Facebook has announced it is now giving more exposure to posts that get more Reactions – Love, Haha, Wow, Sad, or Angry – rather than those with more Likes. For now, all reactions are equally weighted, but they will boost the visibility more than the traditional blue thumbs-up.

“Over the past year we’ve found that if people leave a reaction on a post, it is an even stronger signal that they’d want to see that type of post than if they left a Like on the post,” according to Facebook. “So we are updating News Feed to weigh reactions a little more than Likes when taking into account how relevant the story is to each person.”

The decision makes sense. Compared to the variety of reactions available on Facebook, Liking a post is seemingly increasingly apathetic or neutral. All it takes is a simple click to show vague support of something you see on your wall. Meanwhile, users have to take the time to specifically select the reaction that more accurately reflects their feelings.

Reactions were launched by Facebook just over a year ago, but they’ve quickly become a big part of the platform. According to Facebook’s data, Reactions have been used more than 300 billion times by users since their release. 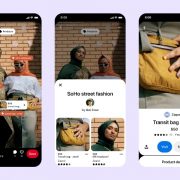 Users Can Now Earn Money Sharing Your Products On Pinterest

One Year Later, Accelerated Mobile Pages are Catching On How To Reach Millennials With Your Marketing [Infographic]
Scroll to top