Emoji’s have become an essential part of every day communication for many smartphone owners, and now they appear to be making their way to search engines. On Monday, Bing announced their search engine would now be capable of recognizing emojis and using them as a search term.

“With the explosion of mobile devices and the ubiquity of texting, it has become a shorthand language used by billions of us around the world,” wrote Nick Roberts, senior program manager at Bing Relevance & Intent, in a blog post. “We want you to be able to search the same way you communicate every day.”

Users can search for single emojis, or you can combine them in a mix of text and emoji as they are typically used in text messaging. Notably, Yahoo and Duck Duck Go are also capable of recognizing emojis, but Google is not.

You can see examples of what this looks like below: 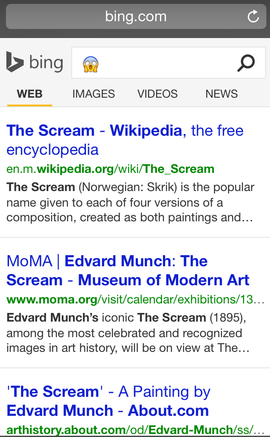 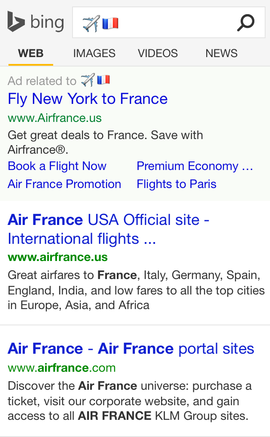 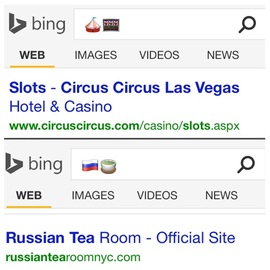 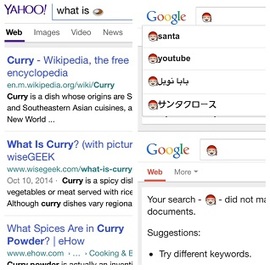 2012 Wrap-Up: The Big Shifts in Google SEO
Bing Tells You Why They Are Better At Image Search
Survey Shows Facebook Is The Favorite For Super Bowl Sunday
What You Need To Know About SEO Friendly URLs
Twitter Starts Showing Users New 'While You Were Away' Feature
Google Survey Reveals What Mobile Users Want
Google's New Program Seeks to "Put Our Cities On The Map"
The Pros and Cons of HTML5 [Infographic]
0 replies

Facebook May Start Hosting Content On Their Site, Could Be Bad News For Content... Google Webmaster Reports Now Warns About Mobile Usability Mistakes
Scroll to top